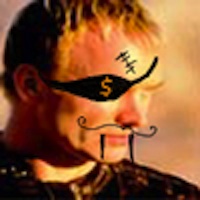 What little hasn’t been said about this remarkable album is still best left unsaid. Stung, New Zealand’s most talented flautist, pulls out all the corks on “Dream of the Blue Pipe Cleaners”, an epic statement of intent.

Unbelievably, this was his first album for DNRC and has sadly been relegated to the dustbin marked “Deleted”. Nevertheless, it is worth looking back on this timid artist’s sporadic career, which sputtered to a halt somewhere between Australia and New Zealand, on a flight that was meant to be the start of his aborted “Nothing Like the Sun” Australasian tour, complete with come-back album, booked out shows in the Top End and a rumoured duet with Davey Dreamnation.

Tragically, a ticketing mix-up led to an altercation between the airline crew and Stung, whose seeing eye pony was refused a seat on the flight. Flying blind, and in the absence of his good friend and collaborator, Stung decided to take his own life and was found in one of the aeroplane’s toilets with a Vicks inhaler jammed down his throat. Listening to this moving and emotional album now, one hears echoes of Mead, Eyna and Scaramouche’s solo works.

Stung, we salute you.