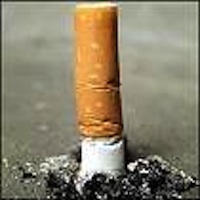 Ostensibly formed in response to the death of Allen Carr, and inspired by The Fauves’ Lazy Highways album, The Carrs weren’t fooling anyone on this release, a shameful collection of Cars covers. In a year when Davey Dreamnation released more albums than bats, Eazy Hi-ways might have been forgiveable, were it not for the band’s utter moroseness, and their subsequent unwillingness to accept the fact that Allen Carr’s revolutionary method calls for celebration, not lamentation. Pre-album single “Scandal” only hinted at the band’s promise, and seemed to suggest that they had in fact got the message. When this long-player came out, however, all bets were off. “Jump In My Carr” is, as its title suggests, one of the worst songs ever recorded. Not to mention the fact that The Cars never even wrote the original song, an honour that fell to the late, great Ted Mulry, who thankfully never heard either this or David Hasselhoff’s abominable version. “Let’s Go”, “Tonight She Comes” and “My Best Friend’s Girl” are at least technically correct in that they are actually Cars songs, however the band’s inability to sing, play or decently record the tracks leads one to the unavoidable conclusion that their careers, as well as their attempts to give up smoking, were well and truly destined for that ashtray marked deletion. A self-financed follow-up single, entitled “Yippee!” was thankfully never released, due partly to Davey Dreamnation’s awakening from an artistic coma at the end of 2010, but more likely due to the efforts of Cars (and Ted Mulry) fans to seek and destroy all evidence of the band, who later apparently chain-smoked their way into the Benson and Hedges Hall of Flame. Good riddance.