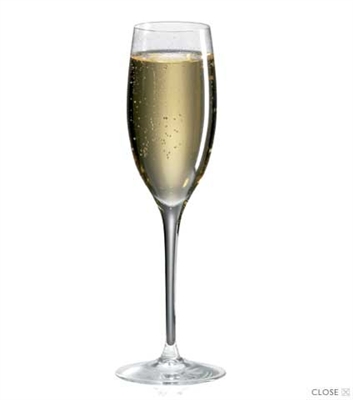 It’s been so long since I posted here (I blame Facecrack, personally). It really is about time I wrote something. So what’s news? Well, the truth is that I’ve been in and out of rehab since my book launch at the Melbourne Writers Festival, almost three weeks ago. That’s what happens when you choose to drink a glass of champagne for each page of your book. And even with a ‘slim volume’ of verse, that’s 84 champagnes. By the end of the night, I could actually hear Betty Ford singing “Simply the Best”, over and over again.

While we wait for the official photos to do the rounds of the celebrity gossip mags, I’d just like to say thanks to the people who showed up for what was, undoubtedly, an hour jam packed with poetry. Things got kick-started with MTC Cronin’s launch, and her launchee Suzie Miller was spot-on when she spoke of the ‘forensic’ nature of Margie’s book – indeed, I think words like ‘grisly’ were invented for tomes such as this one. It’s a great read, and definitely worth checking out – a worthy addition to Margie’s bulging ouevre.

Next up it was Justin Clemens doing a speed launch for Barry Hill’s book – and afterwards, I think everyone agreed that Justin’s walking off the stage as he delivered his final lines was the comedy gold highlight of the afternoon. After a few pleasantries, Barry ripped into his reading. His book represents ten years’ worth of writing on various subjects, including the Building and Construction Commission (one of the first poems in the book is an epic, dedicated to Martin Kingham), Gramsci and Buddhism.

By the time Tony Birch got up to launch my book I was packing death. My breathing was erratic and my skin had turned red. Tony said some very kind things, and then it was time to get up and face the music. Fortunately the reading went well – pulling out all the classics, including “We Will Disappear”, “The Happy Farang”, “There’s a Wild Jack Russell in the Moon” and “Identikit Nation”, the reading of which allowed me to say that, finally, I had managed to utter the name of Punky Brewster at a Writers Festival.

After the launch it was straight outside to begin downing those 84 champagnes. As the empties piled up friends began to peel off, summoned to other duties, other champagne drinking contests. As the sun began to fade, I realised that it would soon be over, and that a chance like this comes only a very few times in anyone’s life. I switched to schooners and then pints of champagne, until the Festival bar announced that they had sold out of copies of my book, now called “We Will Champagne”. After a couple of fascinating conversations with several slightly-moist champagne glasses my champagnes dragged me away to the Champagne Bar where we champagned until the early champagnes of the champagne.

It was at around this time that I lost track of the number of champagnes that I had drunk and my champagnes and I decided to call it quits, surmising that I had probably passed my 84 glass target, with a couple of flutes to spare. What more was there left to do but trudge up to Stalactites to indulge in a champagne glass full of beef fat and lard, before heading up the long and windy road to Champagneshire. Ah yes and then finally Betty Ford started warbling in my ear. “You’re simply the best,” she crooned. “Better than all the rest. Better than anyone. Anyone I’ve ever met. Oooooooooooooooooh you’re the -”

And then I woke up, a still-drunk published poet. Champagne!

It’s an awesome book – definitely worth celebrating. Glad you’re having fun with it (otherwise what’s the point, right?) Papertigermedia do great-looking books, AND they put the party into poetry. Rah!

Thanks Lisa, see you at NYWF!