When I began researching the field of self-publishing in Australian poetry in 2005, I envisaged a grand, sociological study in the style of Pierre Bourdieu’s Distinction (1984), punctuated with graphs and tables, statistical analysis and interview data, an extensive bibliography of self-published books by Australian poets, and more. In hindsight, it is easy to scorn my own youthful optimism that an entire ‘field’ of self-publishing could thus be summarised in one vast yet mature and restrained tract of epic academic vigour, which I might then go on to self-publish, or even to disguise the extent of my own involvement in.

At the time I was also disassociating myself from the idea of writing a ‘creative’ or self-reflective thesis. I had certainly enjoyed the freedom of writing a 30,000 word novella (Marzipan: a Confection) for my Master of Arts; but I also wanted to embrace a more systematic and theoretical approach by writing a more strictly sociological thesis for my doctorate. This attempted separation of my creative and academic writing was complicated by the fact that prior to beginning my PhD scholarship at Swinburne, I had also received a grant from the Literature Board of the Australia Council for the Arts. The poems produced with the support of this grant later appeared in We Will Disappear, my first full-length book of poetry.

My PhD thesis would not exist in its final form had We Will Disappear not been published. Its existence now also allows me to place in context a whole range of publishing acts. The book refers to itself, via the text of the biography on the inside back cover, as my ‘first book’. In fact, prior to the publication of We Will Disappear in 2007 I had self-published several books of poems including The Happy Farang (2000), Re: (with Andy Jackson, 2005) and Abendland (2006). Further complicating the supposed divide between ‘published’ and ‘self-published’ works, I have also participated in other kinds of nonmainstream publishing activities, including private or coterie publishing, as shown by 8 poems (2002) and Morgenland (2007), and even non-publishing, in the case of Dead Poem Office (2007). 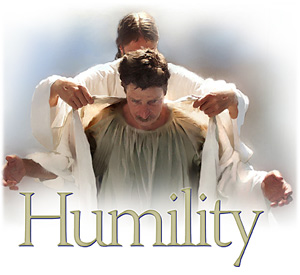 Over time, I began to realise that by writing a thesis on the subject of self publishing, I was in a way challenging my own beliefs about the sanctity or otherwise of specific kinds of publication. This led, inevitably, to an examination of the practices surrounding the publication of my own self-published ‘book objects’. To put it another way, self-published books are objectified in different ways from books published by mainstream or ‘proper’ publishers, although the meaning of these terms must also be interrogated and re-assessed. This is not to say that they occupy completely separate positions within the field of literary publishing, but rather that each informs the other’s significance. How does this work?

The publication of each of these book objects can be viewed as a performance. By this I mean a reading of the production, circulation and reception of these books in terms of a particular symbolic rhetoric. The usefulness of a reading of the performance of publication is that it allows an examination of books that goes beyond textual analysis and the economy of individual genius. In the case of poetry, that most aesthetically subjective of creative forms, a meta analysis of the ‘book machines’ that deliver content to readers also makes possible a reflective practice that would be untenable were one simply to focus on the themes and styles of one’s own creative works. As a writer, I am fundamentally concerned with poetry both as content and as a particular practice.

As noted by Pierre Bourdieu:

Although the break between poetry and the mass readership has been virtually total since the late nineteenth century (it is one of the sectors in which there are still many books published at the author’s expense), poetry continues to represent the ideal model of literature for the least cultured consumers.

This quote captures many of the tensions that are played out in the act or performance of book publishing: there’s the field of ‘poetry’ publishing within the dominant field of commercial publishing and its ‘mass readership’, where poetry books are ‘published at the author’s expense’. Within this field, poetry maintains its status as ‘proper’ literature, thus perpetuating a certain style of ‘proper poetry book’ publication. While Bourdieu’s reference to ‘the least cultured consumers’ could be read as an expression of educated superiority, it also suggests a standard in terms of the way we, as consumers, judge poetry books: that in fact we perceive the rhetorical format of the poetry book itself and analyse the way it carries out or mimics the typographical ‘tropes’ of publication.

Or, as Feather puts it: “The printed book is a physical object as well as a medium of communication”*; to which we could add another variant: the printed poetry book is a physical and symbolic object which is, in turn, a highly-codified medium of poetic communication. The integration of a discussion of my own self-published works within this exegesis, which began as a supposedly objective investigation into the field of Australian poetry, is an action steeped in irony and the dangerous consequences of self-referentiality. Despite this, I do believe that in order for me to come to a more mature and complex understanding of the contribution of creative works to symbolic and other economies, it is necessary for me first to appraise my own actions as a producer of content.

The risks inherent in a thesis about creative objects written by a creative content producer should be self-evident and yet how else am I to understand the true nature of the symbolic economy? As I came to realise throughout the writing of my exegesis, the symbolic economy will always be there, underneath the theatrics of the book launches, signings, festivals, reviews and awards. My own attempts at book creation preceding the publication of my ‘first book’ echoed earlier histories and formats of the book. My PhD thesis therefore seeks to fuse my personal understandings of the former with an analysis of academic approaches to the latter. Far from constituting an act of vanity, whose only remedy is a theoretical or symbolic ‘bonfire of the vanity presses’, self publishing might be viewed instead as ‘humility publishing’, a practice whose significance lies in its expression of private hopes and desires, not all of which are immediately obvious to the casual viewer or reader of self-published works.

This text was originally published as the Preface to my PhD thesis, Bonfire of the Vanity Presses: Self-Publishing in the Field of Australian Poetry (Swinburne University of Technology, Melbourne, 2010).

UPDATE: the full text of my PhD is now available online.

ooh. i like “humility publishing”. where can I read this? does SLV have a copy?

They might but I doubt it. It will be available via the Digital Thesis programme in the neat future, I’ll probbaly post a link to it eventually (but it’s one of those things – as opposed to poetry or prose, which you want everyone to read, I’m feeling very shy about ‘revealing the contents’ of this piece of work …

well, i won’t push, but i’m keen. in your own time, of course. i’ve been thinking a lot about self-publishing, as somehting I didn’t want to do again – too much time and effort for a time-poor dadpoet like me – but the whole ebook thing has got me back at it in a kind of roundabout way, so it’d be interesting to read something about self-publishing.

i could send you a copy of the pdf if you’re innerested. but be warned, it doesn’t mention e-books – more a reflection on print issues …

I am also really interested in reading your phd, as I am writing an honours thesis about something very similar.. Is it available anywhere yet?

thanks for your interest! The full text of my PhD (along with scans of five out of the six chapbooks) is now available here
I hope you find something useful in it, and good luck with your Thesis!

yay! sorry for not replying to your offer of an emailed pdf. have downloaded it from the swinburne site and will be reading it with interest.

We Will Disappear: the First Anniversary!

Övergången, the chapbook, out now!