My poem Walt Whitman Service Area appeared in The Age today, although you might be forgiven for missing it, even if you are an avid reader of the A2 section – the poem seems to have been shrunk to a smaller font – possibly to make room for everything else on the page: 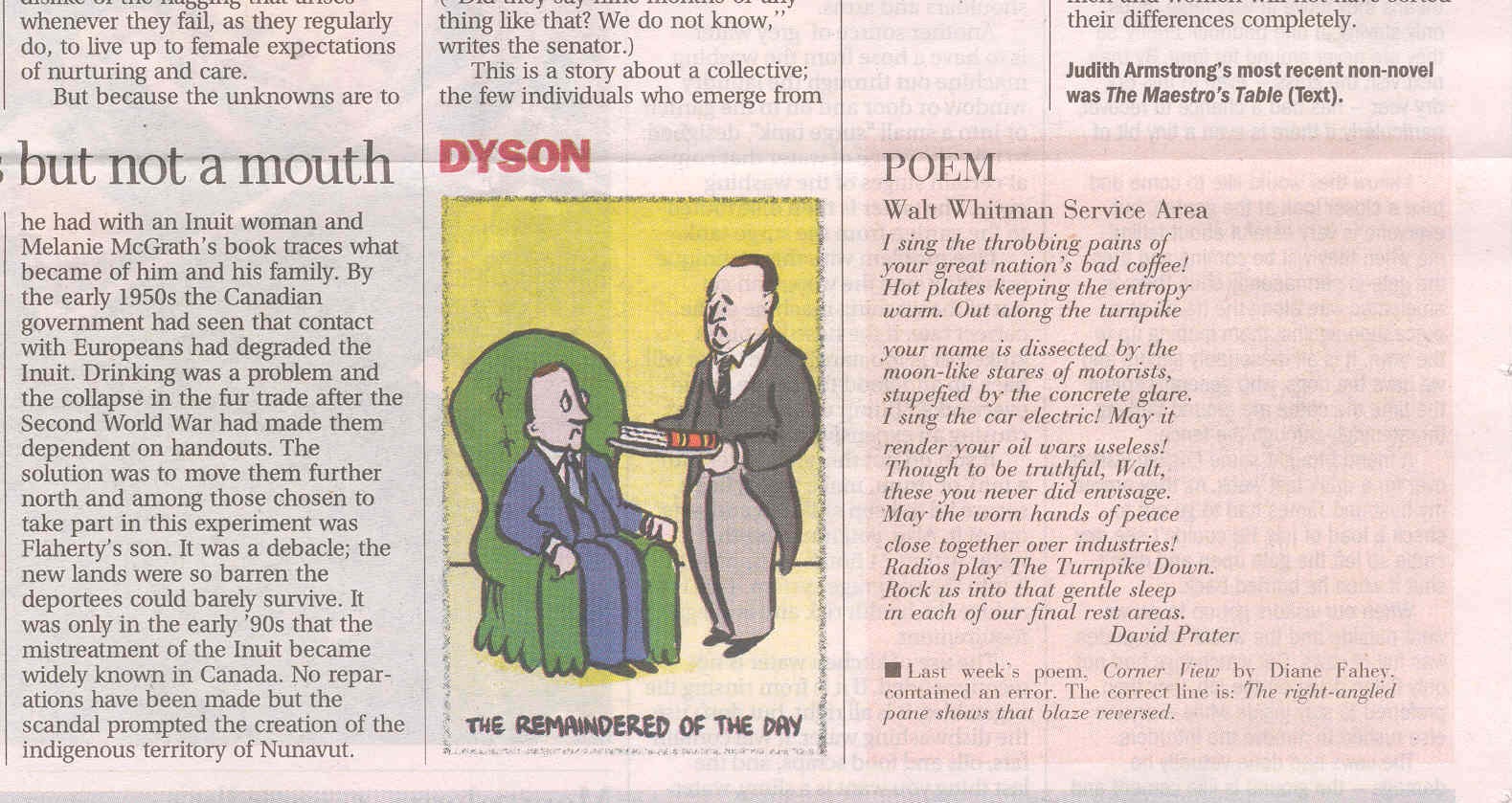 Still, who am I to complain? This makes three poems for me in The Age now – perhaps making me some kind of poetic “regular”, although I won’t be going too far with that kind of talk.

Here’s the poem in close-up: 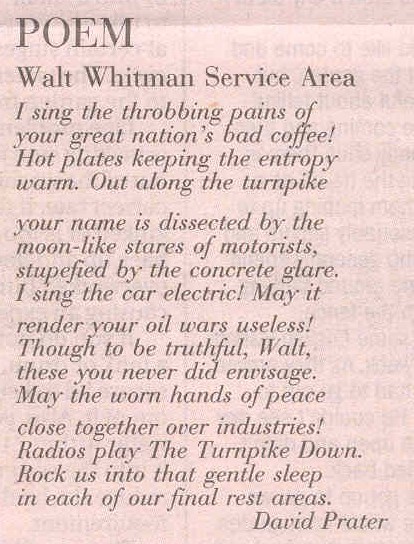 I wrote the poem in July 2005, after travelling between New York City and Washington DC by bus and seeing a sign on the New Jersey Turnpike pointing to the “Walt Whitman Service Area”, which turned out to be a kind of petrol station/fast food franchise/pit-stop area. There were several other service areas along the turnpike named after famous people, however I can’t recall who they were.

Incidentally, “The Turnpike Down” is a song by The Lemonheads, off their It’s a Shame About Ray mini-album.

Nice work cracker! I suspect that before too long we’ll be erecting a Davey Dreamnation Service Area. A safe place to be serviced by Davey P.

It helped me win scrabble. Hurrah!