Further to my post from a couple of weeks ago about Time Out Amsterdam, I can now proudly say that I’m a published author here in the Netherlands! Not just once, but three times! Bam! 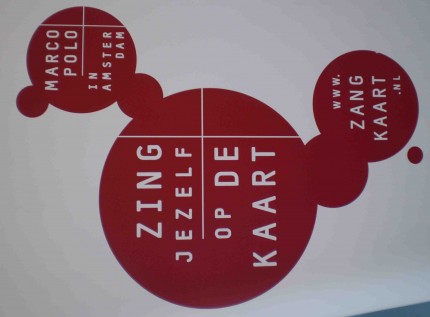 Okay, so it’s not exactly War and Peace, but my article on Tan Dun’s opera Marco Polo and the Marco Polo In Amsterdam festival features quotes from an interview with the festival’s director and lots of detail about the Zangkaart. I also get pretty much a whole page of the magazine so that’s untold.

Time Out have also published a record review of mine in this issue. It’s a lot shorter (like, only 120 words or so) but it’s a review of one of my favourite bands at the moment, Deerhunter, so I’m pretty happy in a fan kind of way. I’ll be posting a separate item about this review (and the album under review) shortly.

Finally, a short piece has also just been accepted in the Time Out sister-publication, Amsterdam Weekly. It’s part of their regular Short List series, a weekly wrap-up of what’s going on in arts and culture. My short list, which you can read online here (scroll down the page) is about the forthcoming Crossing Border festival taking place here in Den Haag, which features a whole bunch of musical (Ben Folds, anyone?) and literary (for example, the compulsory Booker Prize winner) acts.

All of which makes me very happy in a bulk ace, freelance kind of way. Yays for me.

Yaya for you. It’s a long haul but huge mountains are made out of lots of little rocks. Congratulations!