It’s a quiet kind of milestone but my book We Will Disappear was launched one year ago this weekend at the Melbourne Writers Festival. Quiet in the sense that I am about ten thousand miles from this year’s MWF, where some class acts and friends will be performing at the MWF Festival Club and elsewhere; a milestone in the sense that one year is a heck of a long time in the life of anyone and everyone, let alone a book. Anyway, just when I was beginning to think that We Will Disappear had fulfilled the prophecy of its own title and had quietly disappeared from the world of people and books, I got a message from an old friend saying:

I bought your book of poems in Brunswick Street last week. I’m really enjoying it. I like the one for the unknown waitress.

And you know, of course this made me feel a lot better. So for those who missed it, here’s “(On the Tomb of) the Unknown Waitress”. Happy birthday “We Will Disappear”! 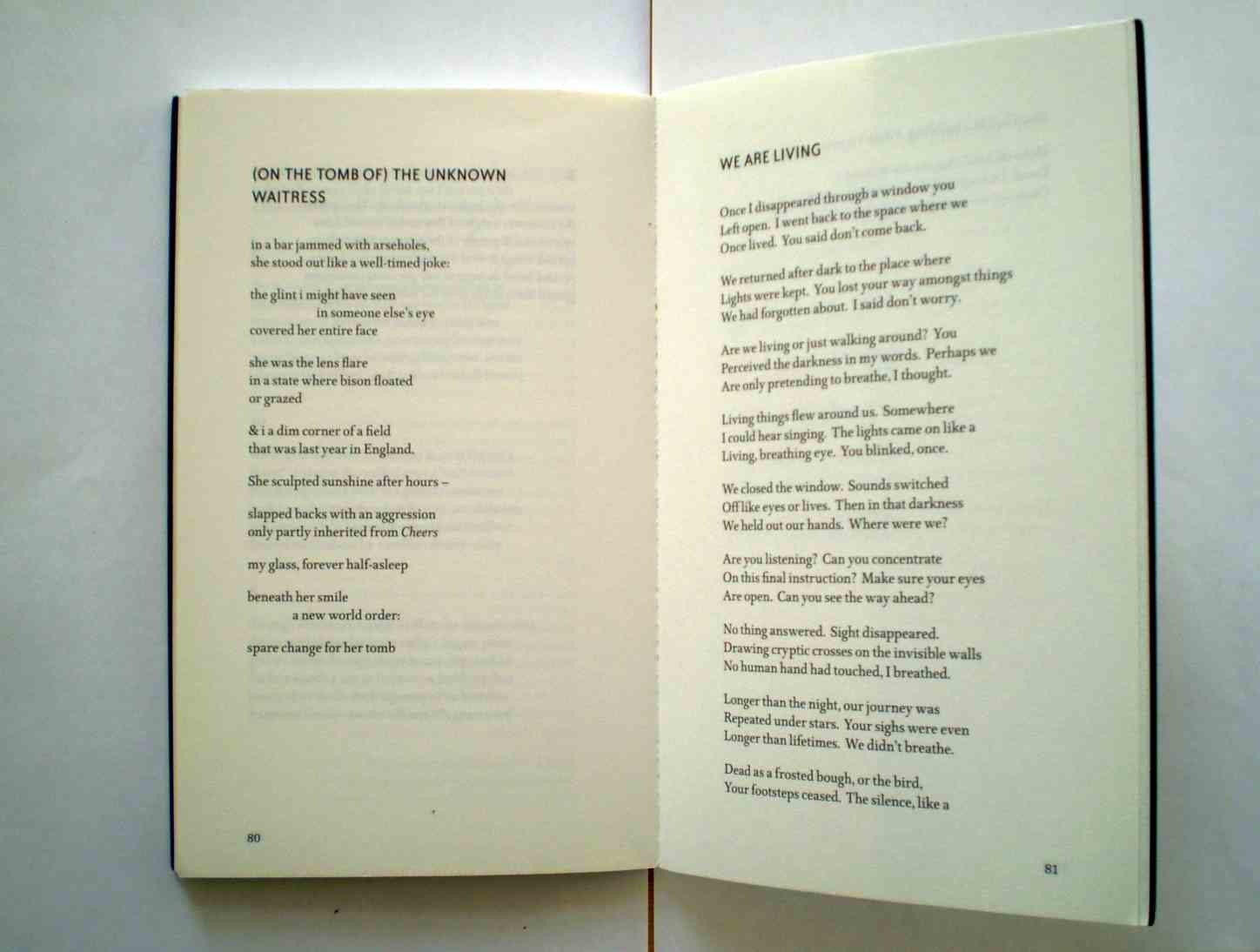 I probably should have mentioned this earlier, but I’m also a fan of Disappear. Of course now it just looks like I’m jumping on the bandwagon, but I read it while travelling. There’s something weirdly calming about slowing down to read poetry about racing around the world.
Also at MWF this year, there are sneak peeks of the latest issue of Meanjin featuring Rain Loop by a certain D Prater. I read it in a drought and finished reading it in the shower in keeping with its ambience.

well, one year later is an appropriate time to jump on a bandwagon, I think. It’s like you’re so far behind you’re in front. I had a similar experience when I ‘discovered’ INXS right after the release of their brilliant debut album ‘Kick’.

Do they have reading/shower cubicles at the Meanjin tent this year?