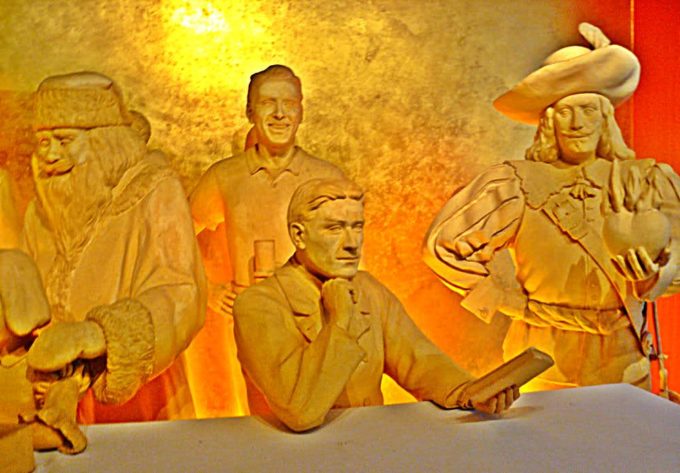 Now if anyone wishes to vent a little spite against me, or take a casual swipe at me, I can count on his bringing up my Lubeck origin and Lubeck marzipan. If some ill-wisher can think of nothing else, he invariably thinks of connecting me with comic marzipan and representing me as a marzipan baker. Such stuff goes by the name of literary satire. But it does not bother me . . . And I certainly do not feel in the least insulted about the marzipan. In the first place it is a very tasty confection, and in the second place it is anything but trivial; rather it is remarkable and, as I have said, mysterious. And if we examine this sweet more closely, this mixture of almonds, rosewater and sugar, the suspicion arises that it is originally oriental, a [Haremskonfekt] confection for the harem, and that in all probability the recipe for this barely digestible delicacy came to Lubeck from the Orient by way of Venice. And it turns out that those wits are not so wrong as they themselves think, that Death in Venice is really ‘marzipan’ although in a deeper sense than they ever meant it.

I see you are continuing to mine the world’s literature for all reverences to marzipan. I like the idea that its appeal is because it’s (gasp) actually oriental. Not to mention barely digestible …

Thanks, PCP! And yes, as you imply, I have been seeking out this type of reverence for some time now 🙂