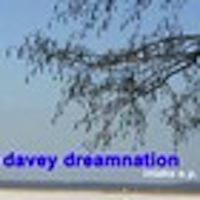 A limited edition four track EP, available only in Japan. Lead track ‘Departure(s)’ is the only Davey Dreamnation song to feature a tennis pun in its lyrics and was at the time Davey’s strongest statement of intent.

Aiming to emulate his own pop heroes, Davey also preached the profound goodness of airport departure lounge iconography, offering a series of observations towards a new architectural school, to be known as shedism.

‘Nicotine Angst’ was written on the back of a mongrammed hankie, found later in a remote outback truck stop, and used as evidence in the trial of Ronnie Milsap.

‘Sonic You’ was a tribute to Daniel Johns, of silverchair, and his fight against illness.

A barely-listenable out-take, ‘Transmissions End’, rounded out the EP.