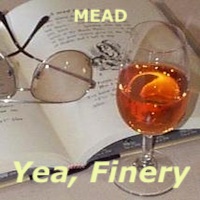 The album is probably best known for its final track, 'Middle Aegis I-IV'. Teaming up with The Voodoo Chiles, a group of Chilean musicians with whom he once competed in the Bourke Street Mall, Mead reportedly 'pulled out all the stops on this jaw-dropper of a track, effortlessly melding mischievous pan pipes, fickle Drkstixb, simpering word play and tetanus-tinged harpsichord to produce an unspeakably dervish-laden ring of fire that was initially deemed unreleasable due to its sheer majesty and technical complexity'.