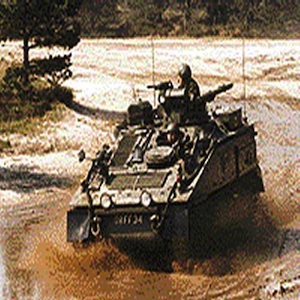 Footpath continued their short spurt of releases in 1994 with the excellent and underrrated “Spartan, Militaristic” EP, during the recording of which they officially replaced former drummer Ramp Boy with the talented Jim Turkey, due to the former’s excessive hiccupping. This short EP, clocking in at just three minutes in total, would be in the running for “EP of the 20th century” were it not just four years too late. There’s really no point talking about the songs here, except perhaps to mention mighty opening gambit “Attitudes Can Be Measured” and closing nose-bleeder “Abstract”. The recent re-release of both this EP and Footpath’s debut album highlights the band’s suitability to the four song format. What’s interesting is the way these songs make sense in hindsight: for without “Abstract” there could have been no “Lunacy”; without “The Possibility of Measuring My Altitude” there could never, perversely, have been a stand-out track like “Nosebleeds On A Scale From One To Ten”. When DNRC executives re-heard these astounding tracks, rumour has it the entire release schedule for 2004 was overriden, in order to make room for “Spartan, Militaristic” and its appalling cover artwork, which was inspired by the illegal invasion of Iraq. Jim Turkey’s drumming on these songs is a revelation, so much so that instrumental track “The Validity Of the Scale” ends up sounding eerily like his former band Edinburgh Gardens Tattoo. Utterly brilliant, that is. While it’s sad that Ramp Boy, whose drumming on “Gigantic and Pedantic” was nothing short of exceptional, receives no credit on this EP, and while his trademark soft shoe shuffle would be blatantly pilfered both by Jim Turkey and later his brother Don, and while doctors may well have found a cure for hiccups in the intervening ten years, and while Footpath’s live performances were hampered by his legendary inability to count the band in or cease drumming at the end of songs, and while he did go on to form his own band (the unimaginatively-named Ramp Boy and the Rampmen), the fact of the matter is that the rhythm section on “Spartan Militaristic” would have sounded like two toilet cleaners if Ramp Boy had been allowed behind the kit again. As it was, the band failed to go on to bigger and greater things anyway. Their 1995 release “Broken Fingers, Busted Thumbs” (also sadly-deleted) would be their last for DNRC and the various band members are still reported to be working as fruit-pickers in their native Shepparton-Moroopna, in order to pay off their massive advances.

cease and desist. you know what i’m talking about. i mean it.

or should I say Ramp Boy.

Look, it’s not my fault that Footpath are no longer with us, okay? Just consider yourself lucky not to have been sent back to Moroopna with the rest of the boys. You do owe us $2.50 for your drumsticks, however.