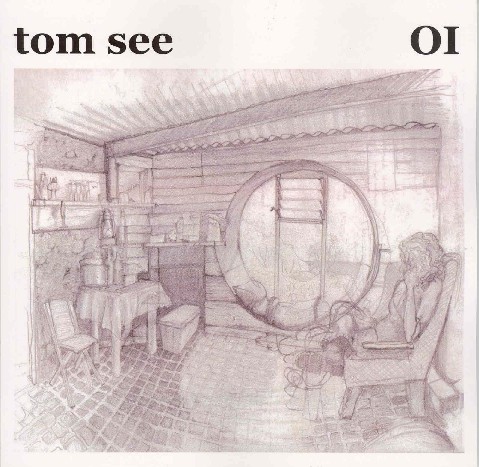 Earlier this year, deciding that my life wasn’t nearly as busy as it could be, I set up an imprint for Cordite Press, known as COD, or Cordite On Demand. Its aims were pretty ambitious – basically a complete shake-up of the Australian publishing industry. While this is obviously still light years away and despite COD’s all-too-brief lifespan, we did manage to publish two books, the first of which was written by Melbourne-based poet and cricketer Tom Clark, under the pseudonym tom see.

The book was designed with the dimensions of a vinyl record single cover in mind, and the book was also notable for its great cover illustration (by Charles Lake) and its listing of the table of contents on the book’s reverse. We printed 250 copies, and I’ve got a few left. As this was my first attempt at publishing a book, I obviously learnt a good many lessons the hard way. The launch was great, though!

Nevertheless the process of publication was really fascinating and interesting for me – not least because we used the services of BPA, a Melbourne-based printer who offer digital printing, at a lower price than traditional offset printing. While I have my reservations about the pros and cons of POD as opposed to offset printing, this first book proved to me that it is possible to produce a good-looking book according to your own design specifications, and that it won’t necessarily cost the earth to get it printed.