As some of you no doubt know by now, I’ve formally stepped down as Managing Editor of Cordite Poetry Review to make way for a new editor, Kent MacCarter. In this post, I look back on my years as editor, and pick my top eleven choicest moments from what has been a thrilling, exhausting and ultimately life-affirming rollercoaster ride of love and passion. Or something.

I first met Haikunaut co-editors David G. Lanoue and Keiji Minato at a conference of the World Haiku Association in Ten’ri, Japan in 2004. We really hit it off and it was also a delight to meet up again in Sofia, Bulgaria the following year. Fast-forward to 2009 and the need for a Haiku-themed issue of Cordite became clear. What started out as a mini-feature blossomed into a collection of over one hundred haiku in English, Japanese and Bulgarian. Haikunaut was our first issue to feature poetry in non-Western scripts, and it remains one of my favourite Cordite issues of all time, not least because it has embedded the word ‘haikunaut’ in the English language – also (hopefully) for all time.

From the shortest of forms to the longest – Cordite is nothing if not consistent. Or binary. Or both. After guest-editor Ali Alizadeh slayed all comers with his selections in the Epic issue, we decided to switch things up, with a selection of Post-Epic poems written, a line at a time, by our readers. It didn’t take long for the resident Cordite commentariat to latch on to the idea and, within a short space of time, over one thousand lines of poetry had been written. Just wow.

Okay so this one’s a little obscure; in 2005, Nick Whittock came up with the idea of a Robo-poetry competition as part of his job at the St. Kilda library. He and I acted as judges, and we published the winners as Cordite 21.1: Robo. As Michael Caine would say, “Not many people know that.” In any case, I think it’s a very cute little collection of poems.

This one is also going back a bit in time; I think it must have been 2002 or 2003 when I was a member of the Poetry Espresso online poetry mailing list. List moderator Cassie Lewis invited me to be poetry editor for a month, and I invited list members to send me poems ‘composed’ using search engines. The result was Cordite 16: Search. While I’d like to think this issue came out long before Flarf was even thought of, the truth is rather more prosaic. Still, I think it’s a really cool issue, with some amazing pieces, including Carlie Lazar‘s stone-cold classic, ‘A Prank Call to John Howard’.

We knew we were onto something when in December 2005, just after the release of Children of Malley, we received an email from Jen Jewel Brown, one of the contributors to the issue, in which she said: “May I say that, fun aside, these poems respresent an enormous mind-fuck of the first degree? That is to say, they really really get me off. Poetic excitement continues, courtesy of all Malleys and their intellectual whirlpools, and the brilliance of Cordite for dreaming this up and editing it.” It’s probably the most fitting testament I can think of to the editorial genius of Liam Ferney, who originally suggested the idea and then went on to select some awe-inspiring poems. Of course, the fun didn’t end there, with a protracted series of revelations as to the identities of the poets in the issue, who had chosen noms de Malley such as Flannery O’Malley, Sylvia Malley, Ouyang Malley and my personal favourite, Ern Malley’s Cat. Five years later, Liam reprised his role as Chief Malley Expert with Children of Malley II. This time around, the speculation as to the true identities of the Children of Malley was even more fierce. Stay tuned for Children of Malley III in 2015!

Image: the cover shot for Children of Malley (2005) by Flannery O’Malley (aka Adrian Wiggins)

Around the time of our Haikunaut issue, something very strange and wonderful happened. Co-editor Keiji Minato posted a series of essays on haiku and other short forms including renga, and then suggested a special Haikunaut Renga with himself as moderator. Just as would happen in the Post-Epic issue, we invited readers to leave their comments on the post and Keiji would hand-choose each of the thirty-six verses required to make the renga. We were completely overwhelmed by the response: over 1200 comments were posted, and the resulting Haikunaut Island Renga remains a staggering testament to crowd-sourced poetry. While the follow-up Zombie Haikunaut Renga, with Ashley Capes at the helm, only attracted some 600 comments, that’s still six hundred comments. Come on!

It may appear by this stage that my top Cordite moments have more to do with my own role as editor than with anyone else’s efforts. While that’s certainly not true—and I’d strongly recommend you check out the full list of Cordite issues to see for yourself the depth and range of talents involved in the journal—when it comes down to it, the job of an editor is a fairly thankless one, and you’ve frankly got to take every opportunity to blow your own trumpet. This was the philosophy behind Cordite 22: Editorial Intervention, which featured a selection of poems by Australian and international poetry journal editors. Because they’re awesome.

Our thirty-third issue was the first to be issued under a Creative Commons license, which was kind of fitting, as its title was Creative Commons too. We made the poems in the issue available for download and then invited contributors and readers to remix the words in whatever style they liked. Our guest poetry editor for the issue, Alison Croggon, read through all of the remixes before making her selections, the result of which was Cordite 33.1: CC the Remixes. I really enjoyed this issue, although I can’t really explain why now.

I have no trouble explaining why I liked this issue: I was thrilled to bits when joanne burns agreed to edit the issue, and in fact I can reveal that the day this issue was released, Cordite achieved its highest ever number of hits. Cordite 30.0: Custom constituted a stellar assembly of poems and poets, and Cordite 30.1: Made was the icing on the cake, with each of the contributors to the issue re-mixing each other’s works. You can tell I’m into the remix concept, right?

Including this fabulously weird issue of poems was a real no-braaaaainer, heh heh. Reprising Terry Jaensch‘s original Zombie issue, published way back in 2003, guest poetry editor Ivy Alvarez managed to creep out pretty much everyone who came near Cordite 32: Zombie 2.0. Did I mention braiaaiiinzz?

Another no-brainer. Some might say that Cordite 35: Oz-Ko should be at the top of this list but I’m not that into numbers and, besides, life is one big circle anyway. That being said, if there’s one issue of which I am the most proud, it is Ok-Ko. Originally conceived as a straightforward selection of twenty poems in English and Korean, Oz-Ko ballooned into three separate issues featuring over one hundred poems (eighty of which were in both English and Hangul), a series of features and interviews, beautiful images, poets’ tours of Korea and Australia and (hopefully) a long-lasting sense of inspiration and exchange. Ever since first travelling to Seoul as an Asialink resident in 2005, I had harboured a dream of producing such an issue. My second Asialink residency in 2009, during which I met and interviewed Ko Un, only fanned the flames. The fact that we managed to pull off such a feat is down to the hard work of the editors, translators, poets and arts administrators involved in the project. The same can be said for my time as Cordite’s editor. I seriously don’t think I will ever be involved in such an extraordinary adventure again.

*gives up trying to wipe away tears, looks back with pride and amazement instead*

Naturally, with over two thousand posts published on the Cordite site since I became editor in 2001, there is an awful lot of untold content that is not covered by this quite arbitrary Top Eleven. You can check out the Simply the Best: Cordite’s Top Thirty Posts for 2011. If that’s not enough, why, just click on a random post. What have you got to lose?

Words are bullets. Poetry is code.

Sad to hear you are leaving Cordite, David – was just about to ask if there was a chance of another Cordite Renga!

GLAD to see ‘Post-Epic’, ‘Haikunaut Island Renga’ and ‘Zombie Haikunaut Renga’ in your Top Eleven – they were THE BEST FUN.

All best wishes to you – Good Luck, and … careful – the floor is slick with salty tears and it’s a touch too much to blame the fish.

Hmm, not sure why the comments repeat themselves, but if i delete one or the other , it deletes my reply too. So they’re here to stay.

IT’S A TOUCH TOO MUCH TO BLAME THE (STEREO) FISH!

Sad to hear you are leaving Cordite, David – was just about to ask if there was a chance of another Cordite Renga!

GLAD to see ‘Post-Epic’, ‘Haikunaut Island Renga’ and ‘Zombie Haikunaut Renga’ in your Top Eleven, they were THE BEST FUN.

All best wishes to you – Good Luck, and … careful, the floor is slick with salty tears and it’s a touch too much to blame the fish.

“it’s a touch too much to blame the fish.” … possibly the best line of poetry ever written. Srly.

you will be missed, matey. bet you start up a new journal before the year’s out.

ps, I love that your name is now ADAM FOD.

Double dare you! Naaah, you probly feel like a serious chance top put up the feet and do your own thing for a while. But let’s see a Children of Malley III, love it. And look out for (in Westgarth Books for instance)MONGREL 1, a neew monthly comics pamphelt made by B.D. Caleo, featuring ‘the uncanny expats’ – which is Clive, David, Barry and Germs – and Ern Malley, ‘Max Harris’ albatross’. ERN LIVES

Ah Jen, that sounds epic. But yes, I don’t mind if I do put my feet up for a while. I’ve always wanted to go the gym, just once. And I just received a free week’s membership in the mail … ERN DOES PUMP 🙂 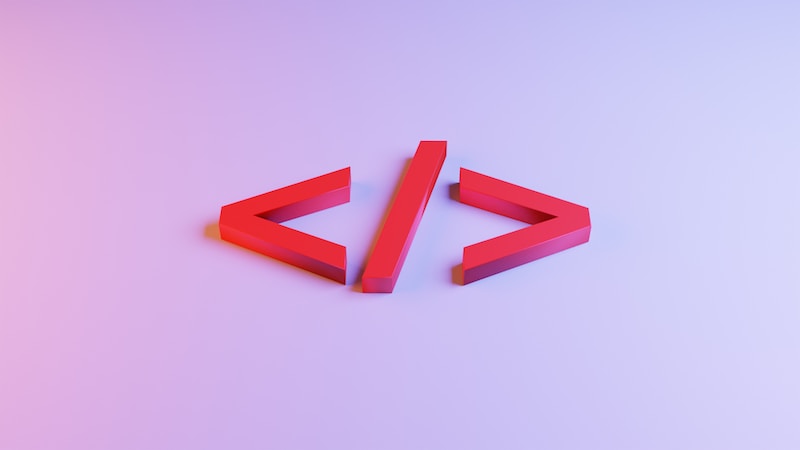 Site update: Some things old, some things (not so) new