Last December I travelled to London to read some poems in the Oxfam Christmas Poetry Fundraiser, which was held at the charity’s Marylebone bookstore on a cold and dark and wet and oh so London (or Londen, as we say in Hollandia) evening.

But what an evening it was, complete with one meeting mix-up, too many ales, some fine poetry and performers, an ejected heckler, and the strangely welcome sound of Australian accents everywhere.

Though I’ve been to London four times now, I’ve never stayed for longer than three or four days. It’s still very much a city to visit, not somewhere to live, despite the fact that for me (just like a lot of Australians I suppose) London has always been the one place where I would like to get famous.

For instance, in musical and entertainment matters, London has always seemed to me to be that place where Australian stars of the stage and small screen (I speak, naturally of Peter Andre, Craig McLauchlin and Jason Donovan) cut their teeth, say, on the pantomime circuit. It’s the place where an Australian accent sounds like one a local accent.

It’s like being a Canadian in Paris, as opposed to an Englishman in New York.

In poetry terms, however, London is perhaps no longer really a good place to be famous. The good time to be a famous poet in London would have been the late 18th or early 19th century, at the time of the Romantics perhaps, when Knightrider Street was not yet an ironic and postmodern tribute to a 1980s television programme, and yet people still went around dressed like David Hasselhoff in Knightrider.

Where people still remembered the plague.

Now look at what the backpacker is up against: not much. Unless, of course, you count living in communities where Australian is spoken and being able to find work relatively easily in establishments where you can drink beer as examples of obstacles to overcome.

For the writer, and for the backpacker as well, almost every street or lane, it seems, bears a familiar name. You turn a corner and see a plaque on a wall stating that Charles Dickens wrote half a dozen of his novels here, and it hits you all over again. I know Charles Dickens was not a poet but my point is that if it took me ten years to even partly understand the cultural history of Melbourne, then I’m hardly going to feel like I know very much after just ten days in a city that’s twenty times older than my granny.

And yet, I already knew London before I arrived: as children, unlike our American cousins, we played Monopoly on a set featuring the real London properties, so that was a start. I also knew the rough layout of the area portrayed in the opening titles of East Enders and had memorised the Thames Television theme tune, with its image of St Paul’s Cathedral. ‘Guns of Brixton’ was my GPS earworm. What else did I need? It turns out I what I needed was an umbrella.

It takes a special sort of resilience to practice publicly as writer in a city that is already so overloaded with significance and where it seems to rain pretty much all of the time. Even when it’s not raining, it’s still raining on TV, and now on digital radio as well. How people like Todd Swift – a Canadian poet who has lived and worked in London for a number of years now, and who as Oxfam’s Poet In Residence was the organiser of last December’s reading – survive here, I don’t know. 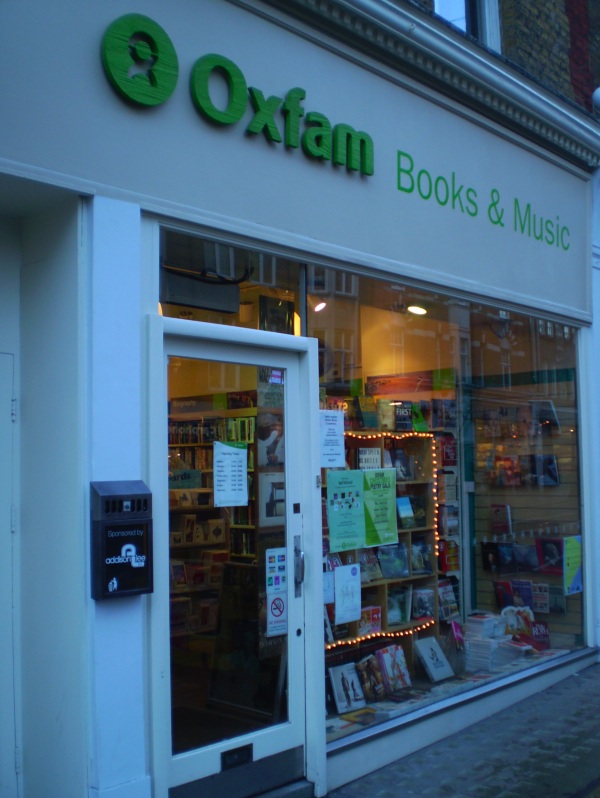 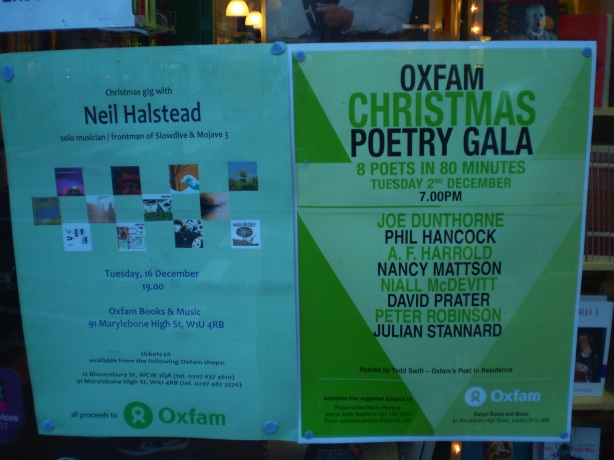 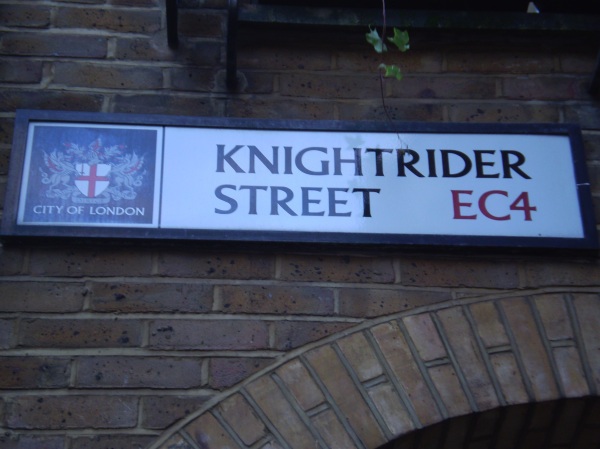 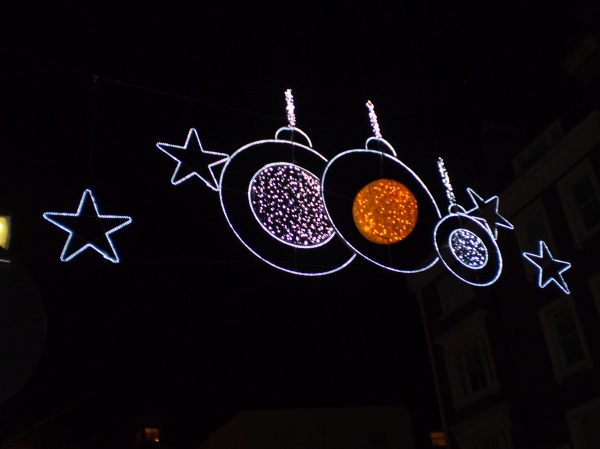 In conversation with John Tranter