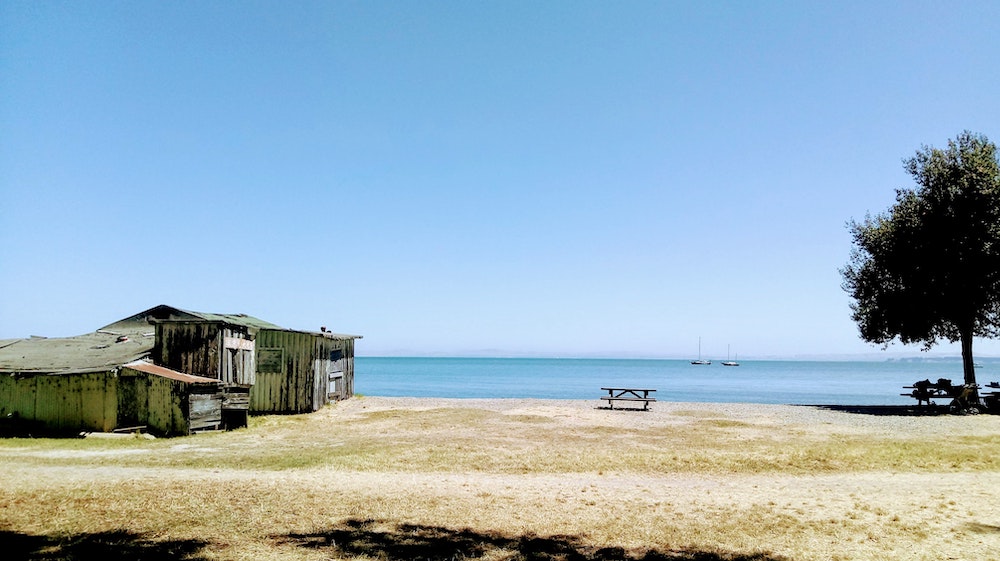 Camp Davey is the spiritual and mental homeland of Davey Dreamnation. It was originally located on the banks of the Goulburn River, in central Victoria, right next to Rustle Crough’s mansion. In 2002 Camp Davey was moved, brick by brick, to Tribesco in inner-city Melbourne. In 2008, however, it was evacuated offshore, to a secret island location.

For the past 12 years, the D/DN Tourism Commission has been evaluating various merchandising, eco-tourism and hostel options for the eventual renovation of the Camp Davey compound. The ravages of time have played havoc with its antique furnishings; its unique rides and entertainment zones are in serious need of repair.

In March 2020 the Commission handed down its interim report, which recommended the staged re-opening of Camp Davey. In line with this recommendation, the Commission is pleased to announce that the Camp Davey Tour™ is once again available to all Camp Davey visitors. Expect more major announcements over the coming weeks and months.

Welcome, noted and thank you very much indeed!

In today’s troubled world, nothing is more important than your personal security. Except, of course, the safety and security of Camp Davey itself. That’s why our staff—and hopefully our guests!—take our strict quarantine measures so seriously.

On arrival, you’ll be welcomed by one of our friendly Facilities Officers. They will escort you to your exclusive Detoxantine™ Suite. You can expect to spend at least 40 days in lockdown. During this time you are welcome to pursue a hobby. Why not exercise in your suite or enjoy the stunning view from the window?

At the conclusion of your quarantine, a not-so-friendly Facilities Officer will present you with a mop and bucket. Don’t act the fool. You’ll need to wipe down all surfaces and completely sterilise the suite, including the ceiling. Then, and only then, will you be allowed to proceed to Camp Davey proper.

On arrival at the Pool Bar you’ll no doubt be feeling relaxed. But don’t let the calm, turquoise waters lull you into a false sense of security just yet. Those waters have been infused with a delousing agent that should, hopefully, destroy any residual germs. That’s why we ask you to sit submerged, up to your forehead if possible, at all times.

The Pool Bar is, essentially, a gigantic floating alcoholic vending machine. It is stocked with an astounding 34,000 spirits, and features 17 pools, 30 poolettes and 85 fountains (drinking and otherwise). There are very many places for you to sit, fully submerged, while you enjoy looking at all those drinks.

The Pool Bar is open for two hours a day and employs just one bartender, a carnivorous llama you may have heard of who goes by the name of Scaramouche. For this reason, the Pool Bar is known throughout Camp Davey as Scaramouche’s Bar and Grill™. Other features include a spittoon service and complimentary quiche lorraine.

The Accommodation Zone is Camp Davey’s beating heart. It’s also where you will be spending most of your time once safely ensconced inside the compound. Let’s face it: 40-degree heat is nobody’s idea of fun. As Davey is something of a recluse, and is often called away on official business, you will mostly be left to your own devices.

Having (hopefully!) brought your own linen, you will immediately begin appointing your own quarters. All Camp Davey Economy Suites™ are fitted with seven four-person bunk beds, and you can expect to be sharing wardrobe space with at least 250 others. Cooking, eating and podiatry facilities are also shared, and curfew is at 5.30 pm sharp.

Please feel free to bring along any items of sentimental value, within reason. We also ask that you are considerate of your neighbours, all of whom appreciate a bit of peace and quiet. The Camp’s electricity generator is switched off at 6.30 pm, so be sure to have torches handy when out after dark (although this is, of course, breaking curfew).

Mkai, so you’ve settled into your bunk for your first attempt at sleepy times. But even with the lights and generator out, you’re tossing and turning all night. Maybe it’s the sound of hundreds of people grinding their teeth at once, or else the snoring. Whatever the reason, come reveille (5.30 am), you’re ready to punch yourself in the face.

That’s where the Upgrade Desk™ comes in. It’s open 24 hours a day on Mondays, and it’s just a two-hour walk from the Accommodation Zone, via not-very-menacing cliffs and a totally normal-sized field of broken glass. Simply rock up, grab a number and wait your turn. It really couldn’t be any simpler.

Of course, the staff attending the Upgrade Desk™ will only be able to offer you a choice between two accommodation packages: the one you’ve got already, or the Premium Suite™. In making their decision, each staff member follows a strict protocol involving what we call Metrices™ and a fiendishly grumpy algorithm. Best of luck. You’ll need it.

Congratulations, you’ve managed to score yourself an upgrade. Our Platinum Class members each receive a complimentary voucher from Barbara’s House & Garden. Also included is a collection of Country Comfort and Flag Inn soaps and, finally, a personal hand chamois courtesy of Lentheric, makers of Panache.

Our Premium Bungalows™ are located in a secluded forest, well clear of the Accommodation Zone. From the comfort of your authentic second-hand futon, you’ll almost be able to pretend that the sound of helicopters arriving and departing at the nearby Transportation Hub is merely the music of waves crashing on a tropical beach. Almost.

You will be responsible for the general maintenance of your bungalow, including the rectification of any electrical and plumbing faults. You will also be required to sweep and hose down all flat surfaces within a ten-metre radius of your quarters. Look lively, the footpath inspector’s coming! Only joking, of course—you’re on holiday!

We’ll be the first to admit that the Camp Davey Entertainment Precinct has seen better days. But what marvellous days they were! Imagine, for example, what it must have been like to take a ride on the Goulburn River Rampage™ when it still had water rushing down its simulated rapids! Dare to dream, it costs nothing!

These days, of course, most tropical holiday destinations offer you a range of aqua-based activities including snorkelling, scuba diving, parasailing, dugong hugging and boogie-boarding. At Camp Davey, in contrast, the emphasis is on simplicity. That’s because there is almost no clean water on or around the island.

Why not try your luck at Tallangatta Two-up™? Or collect enough bottle tops to qualify for the Lismore Lagaphone Legends™? O-or put your dancing shoes on and stand, mesmerized, in front of the now-defunct (but still totally bodacious) Dapto Disco Train™? You ain’t seen nothing yet—but you can probably make up the rest yourself!

The Camp Davey Transportation Hub is clearly a very important piece of infrastructure. It has the capacity to handle up to five helicopters, or three chinooks, per hour. But the Hub also plays host to some exciting and innovative ground transportation, including Camp Davey’s fleet of Malvern Star Dragsters and authentic Space Hoppers.

While use of the Dragsters is restricted to Premium customers, anyone is free to park themselves on a Space Hopper and just enjoy the sensation of bouncing around on one of the many open patches of ground. We do ask, however, that Economy customers refrain from riding Space Hoppers to the Upgrade Desk.

During down times, the Transportation Hub is also a good place to catch up on some sky watching. Alternatively, why not rent a pair of binoculars, and watch the Fairstar Funship cruise past? Or simply wait for your departure time, when your personal inflatable dinghy will arrive to escort you back to the mainland, some 550 nautical miles away.

At Camp Davey, we recognise that the so-called digital divide has left an entire generation stranded on an information desert island. That’s where Networking the Dreamnation™ comes in. For every thousand dollars spent at Camp Davey, Davey Dreamnation himself will donate one antiquated 386 PC, along with keyboard and mouse.

Please note that Camp Davey currently operates on an honesty system. It has no EFTPOS or credit card facilities, and cash transactions are strictly forbidden. This means that Camp Davey guests are not yet able to experience for themselves the lightning-fast Internet speeds available at the Camp Davey Internet Cafe.

After a long day of doing not very much at all, it’s always good to kick back, relax and enjoy a home-cooked meal. Failing that, it’s one of life’s great pleasures to feats one’s eyes on a laminated picture of a buffet table groaning under the weight of a seemingly impossible variety of foodstuffs. And that’s the Camp Davey Restaurant in a nutshell.

While the Camp Davey Restaurant is currently involved in a contractual dispute with Scaramouche’s Bar and Grill™, it is hoped that cold sandwiches will soon be available at the restaurant between 4.00 and 4.30pm each day. Guests are also free to consume their own Cheezels, Twisties and other cheese-based snacks on the restaurant premises.

In the meantime, we strongly suggest that those guests with grumbling tummies ensure they book a seat at the Pool Bar. There they will find an array of exquisite finger foods and snacks, all of which have been personally touched by Scaramouche’s infamous cloven hooves. The mix-and-match possibilities are endless!

One of the most remarkable features of Camp Davey is also its only natural one. Davey’s Lemonade Waterfall™ is fed by a natural spring gushing up out of the ground at a cool temperature of 3 degrees Celsius. An unique phenomenon, the Waterfall has received multiple world heritage status listings, none of which have yet been enforced.

Scientists have long been baffled by the mere existence of the waterfall, and by its varying effervescence. Indeed, the lemonade that flows from the spring has been found to vary in flavour from day to day. On Mondays, for example, it tastes of Passiona, while on Thursday afternoons it exhibits hints of Pub Squash.

Camp visitors must not drink from the waterfall, or from the lake in which the waterfall dumps its aerated goodness. The lake contains high volumes of mercury, lead and Cherry Ripe, and is currently being dredged for an exciting oil exploration project. Authentic Bottled Camp Davey Lemonade is available in your bungalow Koolgardie safe.**

**NOTE: Your account will be debited at the end of your stay, after a thorough inspection of any remaining “unopened” bottles.

Now that your complimentary dinghy is fast approaching, it’s time for an emu parade throughout the camp, in order to pick up and recycle any stray band-aids, drinking straws, plastic umbrellas or thongs. The toilet towers must also be fully sterilised and decontaminated, in time for the next tanker load of visitors.

Goodbye for now, and thank you for visiting Camp Davey!