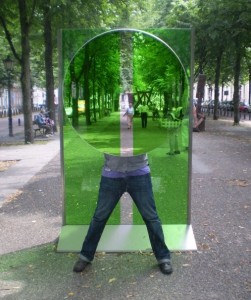 It is kind of hard to believe that I made it through almost three years exactly in the Netherlands. If you were an alien observing this blog from outer space, for example, you’d find precious little evidence of my stay in that small country. Sure there was my half-hearted attempts at writing poems about the experience (cf Anti-Kraak, Lurker, tijger aan het plein and gember poes for four maudlin examples) but I think it’s quite revealing that the biggest creative spurt I had was right at the beginning of my stay, when I wrote most of what has since become my second poetry collection in waiting, Leaves of Glass. And that wasn’t even about the Netherlands.

What’s perhaps more revealing for me on a personal level is that I find it so difficult to enunciate my feelings about being a foreigner (allochtoon) in Hollandia. I feel a bit like the character Mike Teevee from Roald Dahl’s Charlie and the Chocolate Factory, who actually travels through space via television, only to arrive slightly scrambled at the other end. Somewhere in the middle there – right between my metaphorical conversion from human being to bit-sized pieces and my re-assembly as a slightly-integrated ‘resident’ – I experienced a bewildering range of emotions, from anger and frustration to euphoria and, finally, apathy.

Perhaps the reason for my lack of forwardness when it comes to describing my experiences as an immigrant is that, by and large, I was fairly successful at internalising all of my emotions while living in the Netherlands, first in Den Haag and then in Amsterdam. There was a certain sense in which migrants are expected to shut up and get on with it, to integrate happily and pass the stroopwafel. I’m sure this is a familiar experience for many people who have moved to a new country. 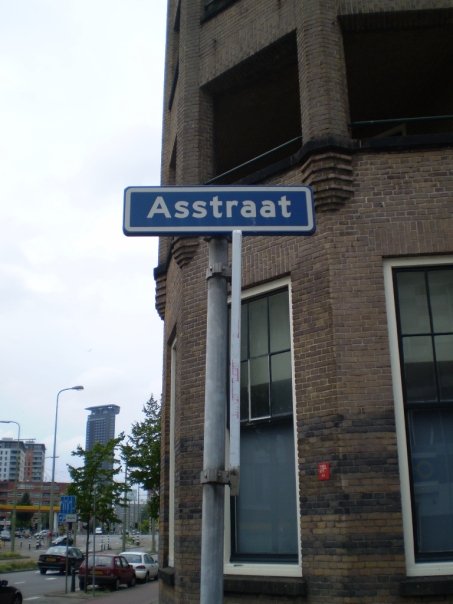 There’s an equal sense in which even suggesting that the ‘assimilation’ process is difficult (if not discriminatory) will get you into a passive aggressive argument with some self-righteous autochtoon, who will turn around and claim that there is no problem with how the Dutch behave, and maybe it’s you who has the problem. In so many words. Or perhaps via a kind of silent smirk, coupled with an obscure medieval uitdrukking you’re not even supposed to understand.

As you can probably tell, this is dangerous territory for me. I should stress that a lot of wonderful things happened during my time in the Netherlands, and that not everyone who lives there is a passive aggressive git, and that at times my own defensiveness was part of the problem (see how easily I did that?). At the same time, I still find it disturbing how concepts such as ‘assimilation’ and ‘integration’, as well as the identification of people according to their race, are actually mainstream in Dutch society.

Whereas the part of me that wears the gum-tree coloured glasses would like to think these concepts are anathema to modern day Australia (assimilation anyone? I dare you to say that one out loud in Redfern), I’m also enough of a realist to know that tensions over immigration exist in many countries around the world, Australia included, and that the Dutch way of dealing with it is a product of their history and culture. Nevertheless I couldn’t help feeling during my time there that the re-emergence of the extreme right in all its pathetic guises has simply added to the crushing, boorish and oppressive conditions in Dutch society that tend to make life miserable for pretty much everybody for at least some of the time.

One thing I’m really proud of (I know, I’m grasping at self-justifying straws, but wouldn’t you?) is that within three years I gained enough knowledge of the Dutch language to be able to understand pretty much everything that was said to me. Eventually I was able to ring up the Belastingdienst (Tax Office) and argue with them over my tax returns. I worked in two predominantly Dutch speaking work environments and didn’t die from the experience. 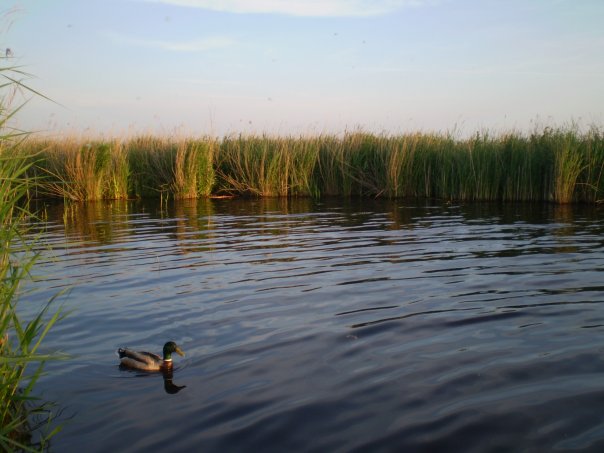 To be completely honest, I got to the stage where, after a couple of jenevers, I could debate immigration policy with the grubbiest of cranks, and discuss the finer points of the Delta system at will. Finally, and perhaps this was my finest moment, I was able yesterday to ring up the gemeente (local council) and convince them to annul the fine they were threatending to levy me with because I hadn’t completed the integration exam (inburgeringstraject).

All in Dutch, and all with a sense that I knew exactly what was going on.

As K said to me last night, with just the slightest hint of irony, this last achievement signified that I had in fact become fully integrated into Dutch society. No Dutch spendthrift worth their salt would ever accept a boete from the gemeente or whoever without a good fight. I guess I should have felt proud. Instead, afterwards, I felt just a little bit tired and sad.

But what am I complaining about? I was lucky enough to have the opportunity to spend three years living and working in a foreign country without fear of persecution. Over those three years I managed to learn the language of my partner, with the result that we now communicate in a strange Dunglish hybrid (aka Daveylands) that no one else can understand. I got to enjoy the beautiful but brief Dutch summers, and go sailing on the Sneekermeer. I got to introduce myself to the delights of jenever, to my liver’s chagrin. I met and got to know many mad and wonderful people, some of whom I know will be my friends for life.

In addition, I saw Queen Beatrix and Princess Maxima riding by in the gouden koets on Prinsjesdag. I ate haring in Leiden on 3 October. I dodged broken glass and beer cans on Koninginnenacht in Den Haag. I partied in a moudly cellar on the Oude Gracht in Utrecht. I spent one hour in Groningen, after promising myself for three years that I would go there one day. I got drunk in the Vondelpark in Amsterdam and pranged my bicycle on the way home. I rode a bike for a day on the beautiful sandy island of Texel. I got pissed on (literally) from a great height in Rotterdam and experienced the awkwardness of the Rotterdam International Poetry Festival. I read my poetry in Utrecht’s Huis van de Poezie and at Amsterdam’s Perdu. I also discovered the culinary delight that is kapsalon, a not-so-distant cousin to patatje oorlog.

Further, I experienced what it’s like to live above a fireworks shop on New Year’s Eve. I witnessed the bizarre, so-wrong spectacle that is the Sinterklaas intocht, complete with snoep-throwing Piets in blackface. I watched Soldaat van Oranje, Phileine zegt sorry, Turkse Fruit, De Poolse bruid and many other Dutch films. I developed a crush on hip-hop star Daryl. I even wrote a Sinterklaas liedje for my workplace, anonymously. I walked through de Veluwe in late autumn, an awe-inspiring riot of colour and beauty. I lived through two white Christmases in a row. I had a drink in the Nieuwspoort at the ‘centre of all power’ (ie the Tweede Kamer in Den Haag). I flew kites on the beach at Scheveningen and even learnt how to pronounce it. 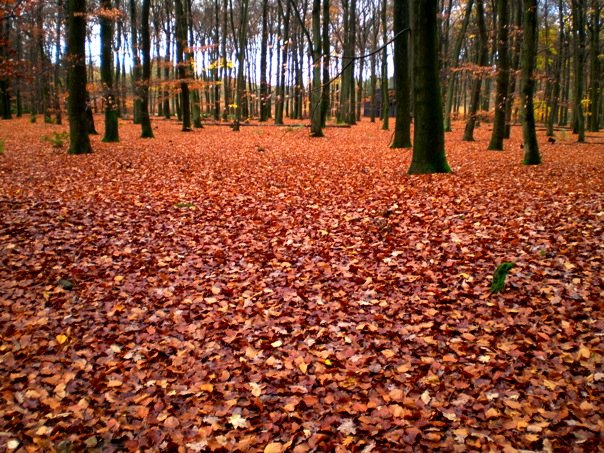 I guess what I’m trying to say (and perhaps I’m actually just saying this to myself, as I doubt anyone’s actually managed to read this far …) is that while the experience of being taken out of your own culture can be a terrifying and challenging one, at least in my case it didn’t happen against my will. Looking at the person that I was from the other side of the migrant fence, I can say for certain that I’m a stronger and perhaps more forgiving person for that experience.

I’d like to conclude with a little anecdote about public transport. For the better part of two years, I worked in Den Haag while living in Amsterdam, a situation that required me to catch a tram and then a train between the two cities. Just as in any other country in the world, the tram systems in the Netherlands vary from city to city. In Den Haag, with its lovely retro red and beige trams, a female voice delivers announcements to the passengers, including the names of stops and reminders about checking in and out with the pesky OV Chipkaart.

In Amsterdam, on the other hand, a male voice recording is used. Having listened to that voice every day for two years, I grew strangely fond of its slightly smug tone. The voice sounded to me like it came from one of those peculiarly self-satisfied Dutchmen who somehow manage to talk, drink koffie verkeerd and eat stroopwafels all at the same time (in fact, having just Googled it, I came across another website, describing it as “[e]xactly the same intonation as Yogi had when he told BooBoo that he was Smarter than the Average Bear.” Judge for yourself by listening to the recording here).

Anyway, for two years I listened to him uttering the same inane phrase over and over again:

Which was always followed by the English translation:

Exiting the vehicle? Please remember to check out with your public transport chip card.

In the week before I left Amsterdam for Sweden, however, some bright spark at the GVB decided to change the phrasing from ‘Exiting the vehicle?’ to ‘Leaving the vehicle?’. Now, while the correction is understandable – ‘verlaat’ does translate better as ‘leave’ – I still felt kind of sad that it was even considered necessary to make the change at all. It also made me think about the difference between ‘exiting’ and ‘leaving’ as strategies for people crossing borders, whether they be between public transport zones, or countries.

For my mind, exiting makes more sense to an English speaker. There are many scenarios in daily life from which we are required to exit: movie-going, towering infernos and other emergencies. It’s quite a straightforward thing to exit the vehicle. To leave the vehicle, on the other hand, suggests a kind of finality that’s entirely innappropriate to the everyday experience of catching a tram. Sure, everyone has to leave the vehicle eventually but once you’ve exited, do you really need to leave as well?

In the end, maybe the difference between exiting and leaving is simply a matter of knowing when and where to get off. For the record, the last time I caught an Amsterdam tram I did check out. The re-recorded voice of the man with the stroopwafel in his mouth was still ringing in my ears as I exited the vehicle, knowing full well that this time, I really was leaving for good.

So long, Hollandia, and thanks for all the gezelligheid.

Glad you found it interesting, Polly – tho I think I was probably the Lilliputian in this scenario. Those Dutchies are so tall!!

I really appreciated reading your insightful account of living in the Netherlands. Though our situations are not strictly comparable, there is some overlap. I too found that my new home, the Czech Republic, didn’t enter my writing so much, after a while and I’ve also had the odd (in both senses) frustrating encounter with government officials. Yet I’m here for the long haul. Thanks again. Ryan

Thanks Ryan, and I agree – I’m sure there’s some overlap, as it’s a fairly common experience. Glad to hear you’re in for the long haul … I’ve really enjoyed reading some of your train station pieces over the last little while … D