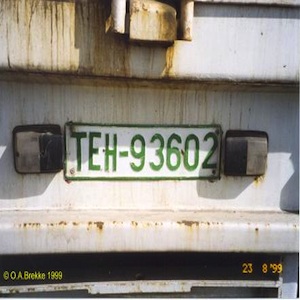 Teh were something of an enigma during their brief half-life. Their sound was built around the talents of two full-time members (the equally-enigmatic T and eh), whose notorious live shows were supplemented by a galaxy of groupie-like choral singers, whose keening delivery left many reviewers wondering who’d died. “93602” finds the band in devastating form, working through the dim logic of Farsi-inspired Beat poetry on the justly-renowned tracks, “IT Service” and “Scatter”. Elsewhere, T boldly steps up to the Farsifa for the deadly knock-out blows of “Shoot Who?” and “Elect”. Always a political band, Teh were also known as champions of womens’ rights in their native Iran, and the epic closing number here, “Roots”, shows just how far these two global ravers, eh in particular, had come since their first recordings for Nono in 1988. Rumoured to be alive and well in Paris, Teh have not released a full length album since the follow-up to “93602”, the disappointing “Live at Hari’s”. Interested fans are sure to find live versions of these tracks circulating on the usual file-trading services.