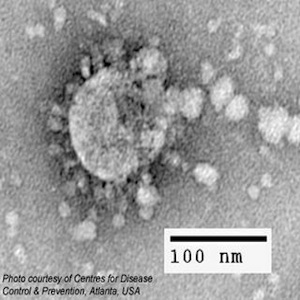 Having been forced to change their name from The Avian Conspiracy before even forming, The Avian Sars somehow managed to morph from an incendiary three piece into a quietist quartet for the recording sessions that led to this, their one and only single. Bizarrely recorded three times in four different locations, “Whilebird Chirpings” was a peculiar choice of single for the band, particularly as none of them actually played on any of the three versions, leaving the work to a trio of session magpies recovering from industrial deafness. The results really do chirp for themselves, with the three birds shambolically blundering through some complex (if atonal) melodies, finally coming to a stuttering conclusion during the chilling coda, a sonicscape even Mead would love to be able to pull off, knowing all the while that he couldn’t. Barmy, twisted and slightly revolting, The Avian Sars migrated to more repressive climes and have not been heard of since landing in China in mid-2008 in order to promote this sadly deleted piece of toe-waffle.