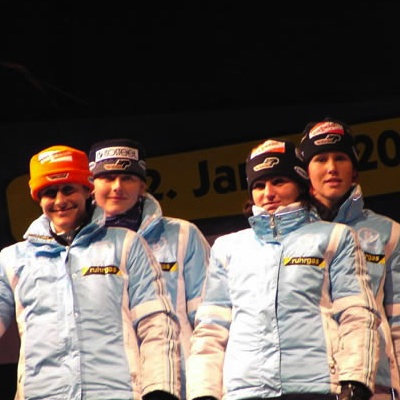 Having deluded the world with “Does”, their oddball take on cold sore remedies and therapuetic alternatives to heroin, The Hippocratic Oats upped the proverbial by tranforming their line-up from a male duo to a female quartet on this stunning, though chilling. debut flexidisc. Outlining some of the worst problems facing our hospital system, the album’s thirteen sprawling tracks genuinely frighten this listener, with their pairing of drill-core aesthetics and anarkie lyrics. Opener “Spills” sets the ferocious tempo with its breakbeat intro and floored out middle section, vocalist Sharon Oats a terrifying glimpse into the world of nightshifts and bed hygiene, screaming “Spill at bed two, spill at bed three – someone spilt their faeces all over me!” From here on it’s a melange of odes to the soft towel bathing method (“Soft Towel”), reflections on pay increases for nurses (“Nurses – You Can’t Live on Biscuits”) and somewhat barmy musical interludes, including the unspeakable “Belody”, on which multi-instrumentalist Harper Does plays banjo, tin whistle and washboard. Decried in their native Melbourne as a Belinda Carlisle supergroup tribute band, The Hippocratic Oats would go on, in 2006 and 2007, to refine their unique sound and effect change throughout the health sector, leading some conservative commentators to hint that all four members would eventually run for public office on a Golden Staf group ticket. Time will tell, however this album, which has of course been deleted as a matter of course, survives in the memory of the two people who listened to it as a testament to the working poor.

why oh why does everything have to be deleted??? I really wanna dig out some of these old hits. especially the ones featuring faeces. I also had a thought: what about a posthumous review of the classic “tanks for the mammaries” by the sadly underrated Midnight Oil tribute band, Midday Oil?