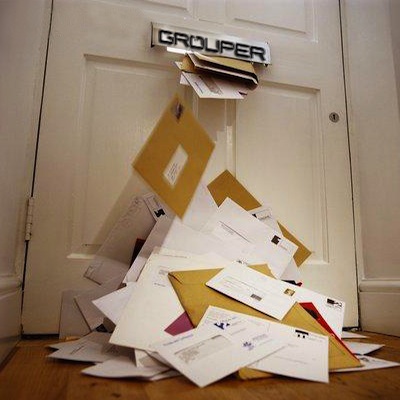 As far as definite articles go, The Songs may well be The. Hailing from Canada by way of the Peace Bridge, Jess & Tuckey Song give it all, y’awl on possibly their finest album in almost sixty years. You’ll know each track on this erratically recorded masterstroke, from the siren-like “Copper” right through to the hillbilly-thrash “Stoke On the Water/ Plinth/ Rockford Files” medley. Perhaps best known in their native Alberta as an instrumental due who’ve done the rounds of the late night all you can eat scene, The Songs come well-equipped for larceny on the break-beat “Rock In My Shoe” and the frantic, yet no less hilarious “Bubble Gun”. Part moonshine-addled gypsies, part toe-jam electric barnyard, “Booked” is the sound of a band finding its way through a dark alley late at night, only to find it wasn’t needed at the other end. This sad and deleted monstrosity serves only too well as a plate on which to put beans, grits and othr assorted North American fare. Eat at your peril.

we, at the lake, would like to register our formal objection to this blog. you will note that we are among the very few creatures in the universe who even bother to read it, let alone dare to comment. yet we long for the return of the days of camp davey, of stung and the llama, whose musical tastes we knew and understood. but now, as christopher booker observed (in the middle decade of the last century – “how passe'”), we are “plunging down a cataract of change”! and, “to what end?” we ask.

is this self-indulgence or avant-garde fashion? creativity or cringe? is the bear a catholic?

and where have all the flowers gone? chris de burg, saltwater girl to name but a few?

Thanks for your comment bob, and good to know that you’ve kept us bookmarked. Of course, your comment would become more explicable for our other reader if we were to point out that your demo tape, an abominable piece of crud if ever I’ve heard one, sailed across our desk just last week, only to land in a pile of week-old nachos. I’m not sure if bunyips actually exist but even if they did, I wouldnt be prepared to sign on as an act anyone who admits to a relationship with Chris de Burgh. Thanks once again for the bravery inherent in sending us your work but once again we will have to say no.

shoot the messenger, if you must, davey, but eons have taught me that the truth will out!

we will continue to read this rant with the loyalty which inspires us to do the age cryptic crossword together each saturday over muffins. but we “won’t be happy, jan”.

we’ll learn new things not much better than the old and have lots of names to drop at gumnut parties.

that demo tape was given to you in confidence, of course … and salsa for the nachos is a “nice” touch. but petulance does not become you, davey!

and as for sending a mouse on a man’s work?