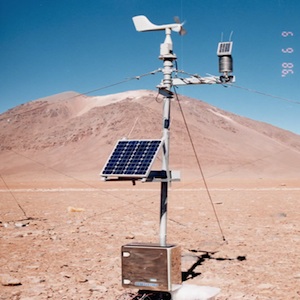 Back in 2003, “The” Weather were still called Weather, Vanity Fair didn’t have a UK tacked onto the end of them and The Lord still sucked the big one. Weather are further proof (in any was needed) of the truth of the old theory, that is: the EP was great but the album makes the listener feel like drinking paint stripper. Weather started off as a freewheeling, psychedelic, dual guitar and dub influenced sixties sounding stoner epic outfit. Then they released “Between Stations”, changed their name to “The Weather” and began hitting up the middle of the road (in no particular order). Their first EPs, however (all released on DNRC but now, sadly, deleted), showcased a different band entirely. “Ragged Isobars” was released as a single but because of its length (both it and the b side, “Mechanical Island” clocked in at over ten minutes) should really be considered an EP. Their debut release, this EP was perhaps Weather’s weirdest release, a spacey odyssey featuring some excellent guitar noodling, cavernous vocal echoes and a drum beat so slow it was probably on smack at the time. It captured the sound of a band that seemed to have no idea what was going on in the world around them. It’s a real shame, then, that The Weather went on to become such poseurs. Don’t even talk to me about the Phillip Brezhnev solo experience.