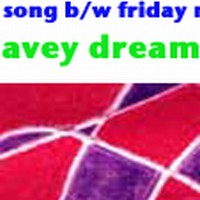 Davey Dreamnation was nothing if not political. ‘Theme Song’ exemplifies Davey’s defiant stance on a range of political issues, including his advocacy for the re-introduction of 6pm closing times in all establishments serving alcohol, the rights of penguins involved in top-secret military research, the banning of tissues and the compulsory wearing of bandannas by llama wranglers engaged as part-time bar staff in the Camp Davey Billiards Hall.

The song itself, naturally, refers to these issues only obliquely, but Davey’s strident singing voice and electrifying guitar work on this track serve as a timely reminder that all of us have only a limited time on this planet in which to express our concerns, fight for our rights and defend our planet from the forces of stupidity, including those people who insist on saying ‘it’s a nonsense’. It’s not a nonsense. It’s just nonsense.

Sources close to the enigmatic and daring entertainer suggest that by writing a theme song, Davey was signalling his intentions to produce a massive opera-style stage show, which would inevitably tour the world. Others suggested the song was a continuation of Dreamnation’s increasingly erratic slander campaign, which embroiled several English entertainers, including Jon English, in complex legal wrangles with the superstar.

Whatever its genesis, ‘Theme Song’ owes more to pop folk than incendiary brat punk. The meaning of b-side ‘Friday Nation’, on the other hand, is anyone’s guess. Staff at the offices of DNRC were inundated at the time with a “huge” pile of tributes to the song, some sent from as far away as Moe. Australia Post staff were baffled by the massive influx of mail in the form of coconuts, three piece suits and bikinis with stamps on them. “We’re baffled, to put it mildly,” said one postie, who refused to be addressed.

Davey’s personal secretary reportedly said that while the public vote of confidence in the diminuitive pop star was welcome, it meant little to him. “I’m sorry to say that unless the fan mail has been written in Esperanto, Davey will refuse to read it,” she sobbed. “It’s a complete tragedy. Here he is, on the brink of a monstrous recording career, in serious need of some geeing up, and what happens? He gets piles of letters he won”t even read. It’s heartbreaking. You should have seen the before and afters on his face this morning. The only slight consolation was that one of the bikinis is exactly his size.”

Elsewhere, markets continued to act with caution, despite rave reviews of the single on both sides of the Merri. In London, the FTSE 100 was down three points while in Tokyo, markets were closed out of respect for the three day launch for the single being held there. Crucially, trading in Dreamnation stocks was suspended for one hour this morning on Wall Street, in order to allow investors to listen to the single’s c-side, which one insider described as “even better than that theme song, and probably half as expensive to record.” 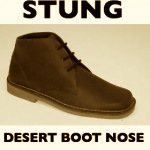