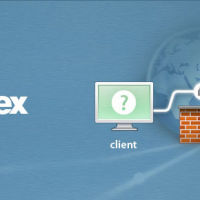 Late in 2013, as the atom rains were falling all around the Camp Davey compound, Davey Dreamnation appalled the music industry by releasing this incredible live EP, recorded in 2008, in the days when EPs were still released. Back then, the effects of the worldwide DNRC phenomenon had only just begun to be observed and monitored by means of two special testing stations set up in the Tribesco area. It wasn’t until 2010 that sales of DNRC products exceeded zero, with Dreamnation’s commendable decision to make selected rostered artists’ work available via online cassette enthusiast forums (as well as the usual bargain bins). How Find & Replace, two bum note recording studio session musicians, ever convinced Dreamnation to record, let alone distribute this record remains mysterious. Nevertheless being historians we must put aside our preconceived notions of the past and try to see things as they were back then. To bring things back to Find & Replace, then, by 2008 they were playing gigs in the vast underground halls built in response to the arrival of the meteors and the accompanying change in climate, and were beginning to feel the first effects of what would become a larger phenomenon – the possibilities of a new subterranean music, and the instruments that might be found there, that is in the tunnels, fissures and worm holes left from long ago, into which people might blow horns, dump their glowing wastes, surrender to the insides of the earth. All of this is according to their press release, which we have published here in full in order to warn the curious listerner that while “Normal Template” may have been deleted and, sadly, no longer exists, some things only sound like a good idea in theory.