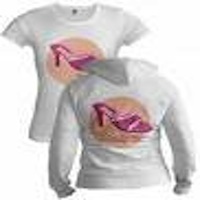 Otherwise known as the better-looking half of now-defunct comic duo Hoodie ‘n’ Heels, Hoodie Over Heels released this, her one and only blistering collection of heart-on-sleeve tear-jerkers in the summer of 2009, thus capitalising on the apparent inability of consumers to tell the difference between herself and her former band. Hoodie (whose chosen musical instrument, the melodion, would prove later to be her undoing) separated from former ghostwriter Heels after their humorous but gut-wrenching double comedy act failed to ignite the traditional RSL circuit, despite a total fire ban in place across the country. Citing “irreconcilable though amusing artistic differences”, Hoodie immediately set herself up as Hoodie Over Heels, briskly recorded an eponymous debut album and promptly disappeared, prompting one music critic to label her a fraud and cahralatan, charges which she strangely never reappeared to contest. Rumour had it that a bizarre accident involving the jamming of her melodion tube up the nostril of an irate kangaroo led to a scuffle, or small scale fracas, in the petting area of a suspect “wildlife” park although, again, neither Hoodie nor her (now-seething) former partner Heels ever bothered to dispute the truth or otherwise of what Rumour actually claimed in their breathtakingly dismissive swipe-album, “Hoodie Hot On the Heels of Hootie”. The fact that Rumour, who had long been seeking a place within the pantheon of DNRC, were later to re-form as the Four Calling Birds was seen by some as further proof that Davey Dreamnation, who unwittingly signed the band up for a four album Christmas box set, had again lost not only his marbles but his bird-cage bonker as well. An APB issued in order to discover Hoodie’s whereabouts failed once again to locate the charming chanteuse. Finally Heels himself, despite his everlasting bitterness, agreed to re-record the ten tracks that make up this album, and re-release them, to moderate critical indifference, in the summer of 2012. Tragicaly, hip replacement surgery left Heels unable to walk, and he was forced to complete a gruelling twelve month tour in support of this masterwork’s re-release in traction. Despite sales in the double figures, DNRC was finally left with no choice but to delete the album, and any record of its composer, from its catalogue of sadly deleted releases.