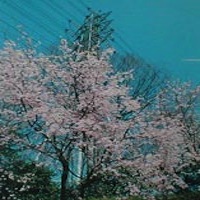 Louisville, Kentucky’s Barbara Ride has lived for the last 10 years in New York City. She was one of DNRC’s first overseas artists, and this, her debut album, gives ten eloquent reasons for that signing, in the form of ten sweeping and majestic songs on which she is accompanied by Ten Stunts on banjo and Kelly Le Bloc on snares. Steeped in the folklore of her native state, “Police Woman” unfolds as a kind of epic opera, set against a backdrop of continuing student riots, power failures and mid-western cuisine. A former policewoman herself, Barbara (or Barbie, as she is affectionately known in the DNRC office) attended the Goulburn Police Academy as a visiting lecturer during the summer of 2003, during which time she recorded this classic album, in a farmhouse near Gunning. Sparse, beautifully melodic and brimming with snippets of longer narratives, nutrition, chemistry and history, this staggering achievement was followed by her equally heart-breaking sophomore album, 2004’s “Spellbind”. It was “Police Woman”, this sadly-deleted album’s title track, however, that cemented Barbie’s place in the lexicon of DNRC superstars, with its plaintive refrain: “I enjoy museums, parks, restaurants, galleries, camping, canoeing and the noises of nature.”