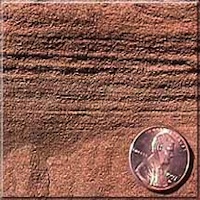 This eccentric album, the follow-up to the deliciously barmy (and moving) The Mists of Thyme, was in fact scheduled for release in 2005 but due to Mead’s punishing tour schedule, was held back until the 2006 Commonwealth Games, to ensure maximum indifference. Being the highly prolific artist that he is, Mead pulls out all the stops here, cramming seventy eight tracks in where anyone else would have stopped at three. Why anyone would want to own this album, however, escapes us. Unlike the afore-mentioned “The Mists of Thyme” and his inspired debut “Yea, Finery”, this album peters out after just two songs, opener “Shuttle Crock” and the title track, supposedly a reference to the Japanese term for “On the Rocks”. Indeed, this prophetic choice of album title leaves this reviewer with little choice but to ram home the fact that tracks three to seventy eight resemble nothing so much as a mass of recycled cotton wedged between the cracks of insanity. Whoever decided to hit the record button during the seventeen part llama-madrigal “Faux Netics (I-XVII)” deserves to be shot. Whoever Mead bribed into providing a rhythm section for the wincingly bad closing track “Hole In the Head” deserves something even more unspeakable. A copy of the album, perhaps. In between, a startling assortment of toe-jam and nail scraping manages to offend every sense, violate several international protocols on whaling and prove the old adage that if you can’t even get the count-in right, you’re better off consigning yourself, as well as your musical output, to the giant crun-filled basket known as simple and deleted. Reportedly the final nail in the coffin marked “Ex-Star”.