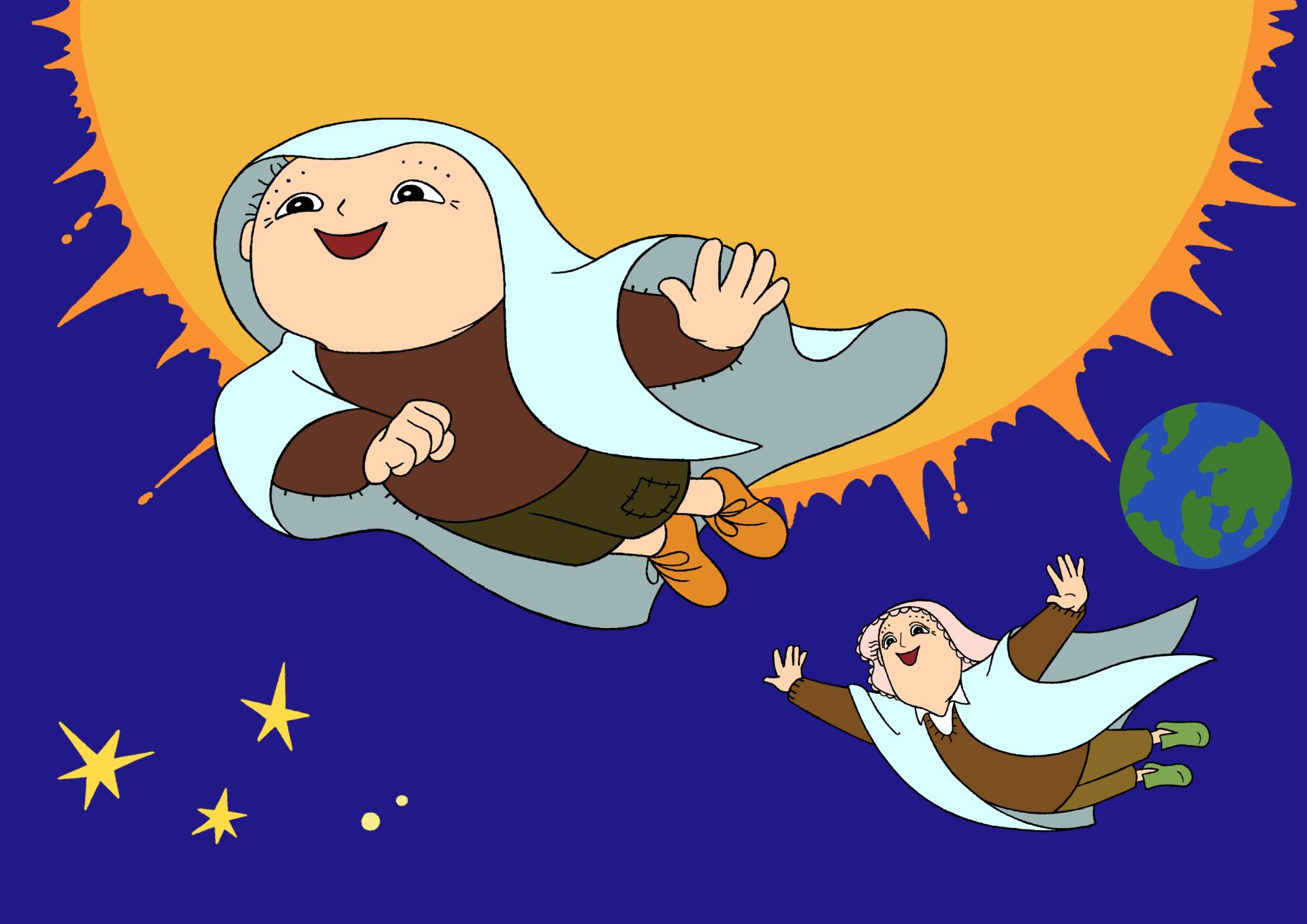 A couple of weeks ago I had a minor emotional breakdown.

I suspect it was actually a panic attack, caused by my decision to attend a silent retreat, and the subsequent stress and anxiety the thought of a weekend of silence triggered in me. (Spoiler alert: the retreat went really well, and I hope to write about it in due course.)

Anyway, as I recall it, I was sitting at my desk trying to think of something to write. You know, as usual. And right then, I was overcome by a massive wave of sadness. Like, the big-tears-dripping-down-your-hot cheeks kind of sadness. I was almost hyperventilating. Where was all this emotion really coming from?

I’d been wanting to write a poem—any old poem—for quite a while. But writing poetry seems to have landed a long way down the old to-do list, right under several big-ticket items like ‘get through the day’ and ‘bring up your children’, plus all of their fiendishly nested sub-menus.

I’m as prone to procrastination as the next person. But in the case of the past seven years of my life, I felt like I had a legitimate excuse not to write. Or to put it another way, I realised I shouldn’t be too hard on myself when I looked at my miserable creative output for the period 2014–present.

All of which does nothing to explain the poem I then sat down to write. But bear with me while I reflect on the reality of the trajectory of my poetics, if we may call it that, over the past however many years.

I mean, let’s face it, I’d had a pretty good run. Unlike many of my friends (and fellow poets), I had plenty of time and space to write. I became a parent pretty late, at the age of 42. To put that into perspective, by the time my parents turned 42 they already had five children, including yours truly.

Still, I seem to recall that, right before I became a parent in 2014, I subconsciously subscribed to an idealist notion. It involved me moprhing into a Dad Poet. Someone who can dash off a sestet about changing a nappy or craft an epic poem that rewrites gender roles in The Odyssey in my spare time.

But it turns out I made up that ridiculous notion. Which makes even more problematic my subsequent failure to live up to it. Who are we to burden ourselves with such unrealistic expectations? Once our children arrive, they’re more than equipped to take on that task for us. Oh, and how.

Fortunately for me, I have documentary evidence of my actual preoccupations regarding parenthood back in those heady days when the whole experience was just an abstract notion to me. In 2004, I wrote a poem which, in hindsight, was a prophetic indicator of my future life.

While your children are (still) small

While your children are still small takes its title from a Finnish parental leave policy (I can’t find the reference now). The policy encouraged parents to take time off in the first weeks and months after the birth of a child. (It also provided financial incentives to do so).

It’s a very early version of the poem—I’ve always used this website as a kind of sketchbook for poetic ideas. I would go on to shorten the poem before including it, under the title ‘While your children are small’, in my collection We Will Disappear (papertiger media, 2007).

The sentiment of the Finnish policy (which is similar to Sweden’s) explored in the poem is lovely and deeply emotional. But as with so many of the poems in We Will Disappear, this generally positive aspect is tempered by darker thoughts regarding mortality.

In the final version, I deleted the final stanza, and changed the last word of the poem from ‘prayed’ to ‘believed’. I made the first word of each line lower-case and did the same for ‘santa’. The editor in me would probably change ‘though’ to ‘although’ now, and perhaps insert a comma or open bracket before ‘glow’.

‘While your children are small’ (We Will Disappear, 2007)

I find it had to read many of the poems in We Will Disappear now. I am forced to confront the fact that the entire collection is infused with a tragic melancholy. This doesn’t necessarily sit with the person I was, or the life I was living at the time.

But this poem, at least, reminds me that I’m actually pretty fortunate. I’ve literally been able to spend time with each of my children while they are small. Who cares, in the end, how many poems I write, or what they’re about? And isn’t melancholy a relatively harmless emotion?

Just on that tragic melancholy

But it’s not as if I had got that melancholy out of my system once We Will Disappear … ehm … disappeared, either. While it didn’t come out until seven years later, my second collection, Leaves of Glass, struck a similarly maudlin tone. Although I managed to spice up with some surreal poetic interplay.

My subsequent chapbooks, including Tjugotvå, carried on in that vein. I can’t help it. In fact, pretty much every poem I’ve written over the past seven years has taken up a similar theme. And given that there’s only six of them, let’s introduce them all.

Line dancing with Matthew Rhys is an exception because I wrote it in response to a poem by Alicia Sometimes. (In fact, there’s two more about other shows but, again, that’s the subject of another post.) Then there’s Vast, a poem written after listening to to Milton Nascimento’s beautiful but devastating song, ‘Os Povos’.

Then there’s Ray, a poem about seeing my son’s fingerprints on a window; Toxic Gulf, a cheerful poem about children and the poisoning of the water in the harbour in the town where we live; and You have memories, another poem about war and death. Can you see a pattern emerging?

The only light at the end of this particular tunnel is Executive Orders, the shortest (and maybe the best) poem I’ve ever written:

In fact, if I ever do manage to put together a new collection—which would therefore probably be my last—I don’t think I could do worse than call it Make Broccoli Delicious Again. But even then, it would still be dominated by poems of the ‘Toxic Gulf’ variety. Becuz that’s what I do.

Which brings me to the real subject of this post: the poem I sat down to write during my minor emotional breakdown. The poem’s called Folding their clothes. It hopefully speaks for itself in terms of the feelings I was feeling at that very strange moment.

The poem is a sonnet—in basic form, at least. It seeks to express the deep sadness I felt when I realised all over again my own mortality. And to prove that I can write a sestet, here’s the final six lines, complete with not one but two unresolved parentheses:

(we must rely on this idea of new friends with games,
otherwise there’s nothing to hold onto in the dark,

when we listen for some sniff or cough and realise
those nightmares were really our own (oh! but look—

the moon falls behind the trees and we say: “goodbye!”
just fold their clothes, then try extra hard not to cry

But in several other respects, the poem is trying to speak to something unspeakable. Something we as humans generally discourage ourselves from expressing. And that’s the unavoidable ruminating on life and death that having a child has a tendency to trigger.

I’m using that word ‘trigger’ advisedly, nervously and hesitantly—but with a respectful purpose. I’ve been slow to realise that writing about death and mortality can have unintended effects on readers. This goes just as much for my ‘back catalogue’ as it does for one poem.

If I can put it another way: many perspectives on this subject are infinitely more tragic than my own. I should be careful not to become too melodramatic over what are, after all, completely natural feelings of anxiety.

For this reason, decided not to change the last word of the poem from ‘cry’ to ‘die’ before posting it here. It’s one thing to morph from ‘prayed’ to ‘believed’; it’s quite another to suggest some kind of death wish based on my having felt sad over some folded washing.

Postscript: What’s Alfons Åberg got to do with it?

You may have noticed that the feature image for this post is a picture of Alfons Åberg. You may also have noticed that ‘Folding their clothes’ is dedicated to Alfons’ Swedish creator, Gunilla Bergström. These two observations are of course connected: Bergström passed away earlier this year.

As for Alfons (who is known in English as Alfie Atkins), there is a further connection. I’ve been reading several of Bergström’s books about him to my children for some time now. Like most kids of a certain age, he’s cheeky and adventurous, not to mention mildly infuriating.

But Alfie’s dad, who’s just called Daddy (in the English versions at least) is one of my secret heroes. He’s patient, kind and very human. He’s also a little outrageous: Bergström draws him smoking a pipe, which he does all the time (especially indoors). It’s a strange contrast, but I love it.

Our children love Alfie—he doesn’t like going to bed, or putting his clothes on and getting ready for school. He also tests his dad’s patience on a regular basis. A typical example is God natt, Alfons Åberg (‘Good night, Alfie Atkins’, 1972) in which, unsurprisingly, Alfie refuses to go to bed.

It’s a typical children’s story in terms of plot. Alfie asks his dad for a series of things; eventually his dad falls asleep from exhaustion; and only then does Alfie go to bed. Right before he does so, however, Alfie experiences a remarkable insight into the human condition:

A daddy who is sleeping can’t come running to take care of things.
And if no one comes when you call, you might as well be quiet.

Every time I read these lines, their impact becomes more powerful (for me, anyway). There’s no suggestion here that Alfie should stop asking for things—not while his dad’s awake, at least. But the implication of silence and its impact on a child—that’s pretty devastating. 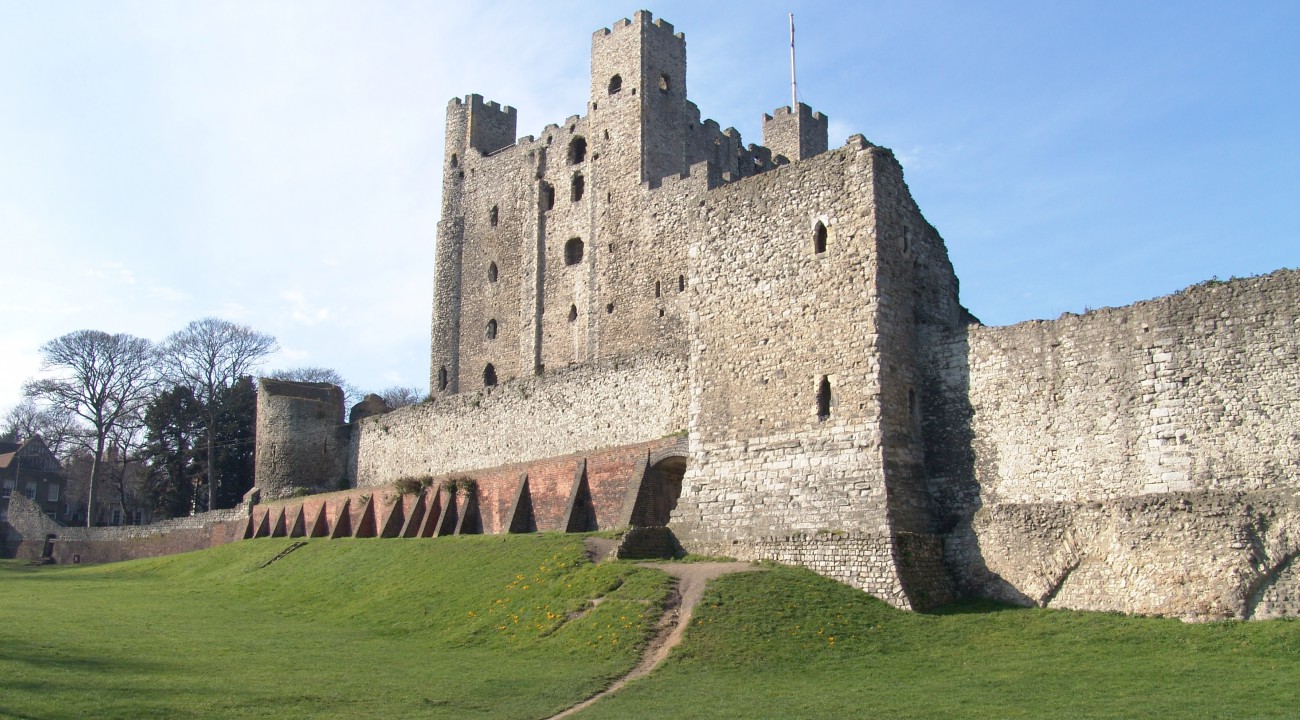 ‘Guard these moments well’: the lyrics of Chris de Burgh

Chris de Burgh and his lyrics: Far Beyond These Castle Walls (1974) 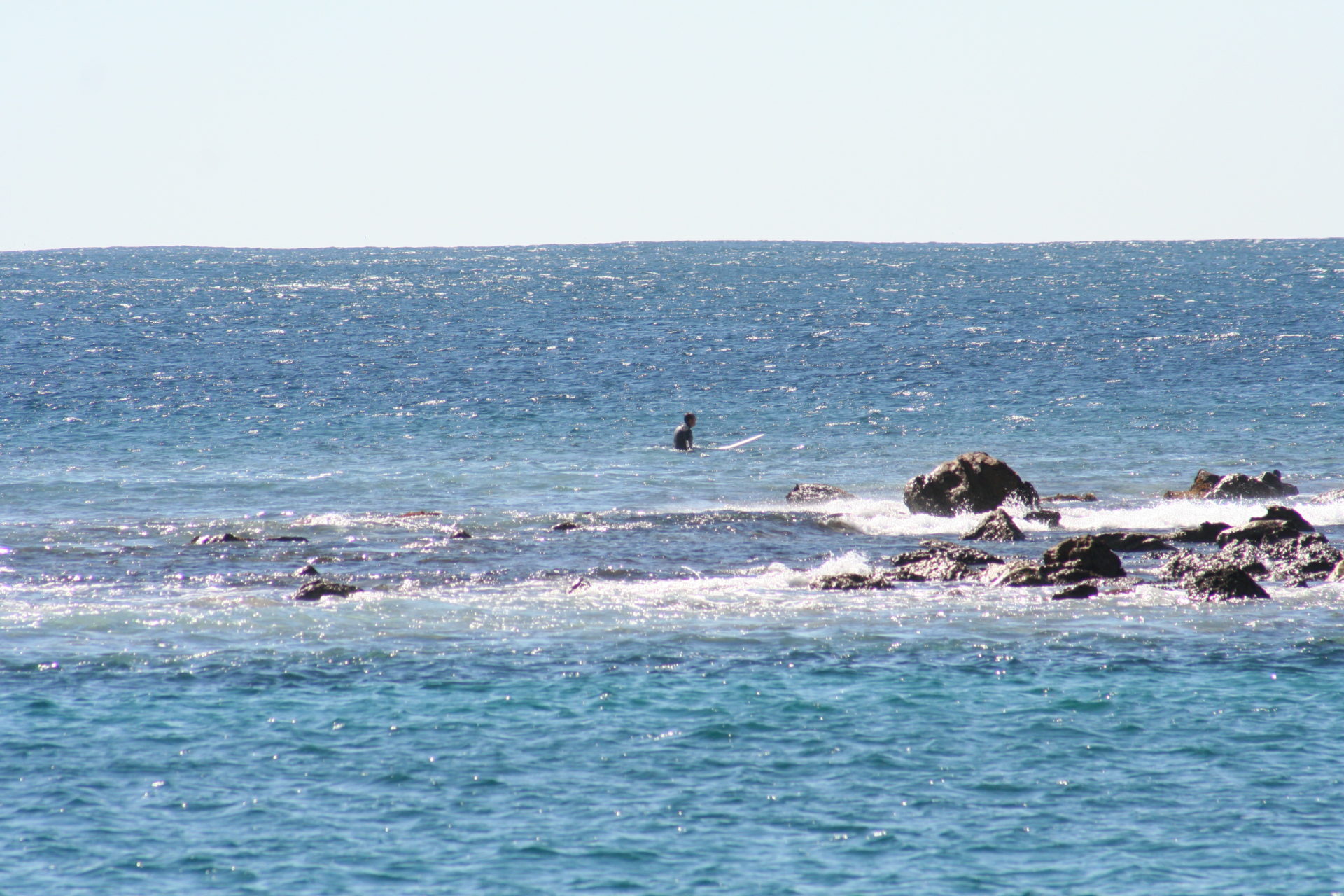 Letters to Live Poets at fifty: sound as ever 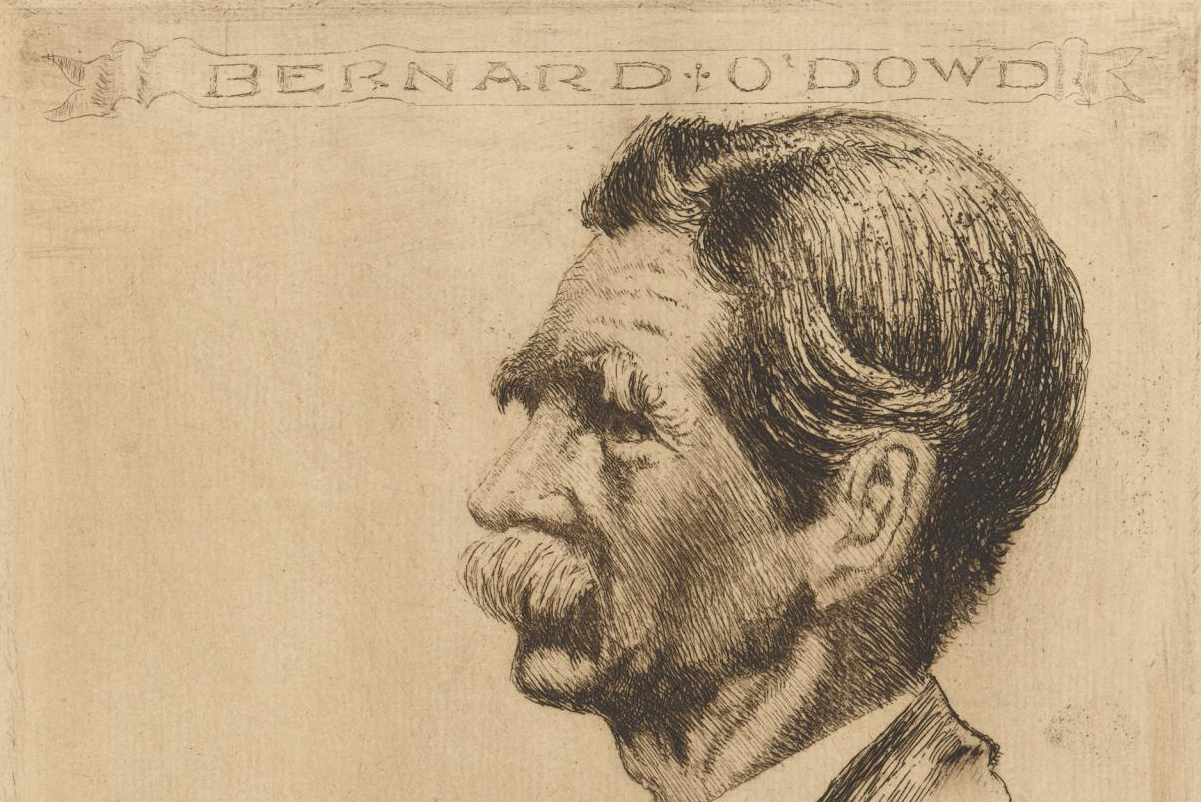